JEFFERSON CITY — State Sen. Sandy Crawford, R-Buffalo, announces two measures containing her legislation have been signed into law by the governor. Both House Bill 273 and Senate Bill 6 will take effect on Aug. 28.

“The Legislature works together as a team towards compromise,” Sen. Crawford said. “By adding my legislation to HB 273 and SB 6, my colleagues and I were able to craft bills that benefit all of Missouri.”

Senate Bill 6 relates to insurance. This legislation also features portions of Senate Bill 29 and Senate Bill 310, both of which were sponsored by Sen. Crawford this year. Senate Bill 6 makes changes to self-insurance regulations for religious organizations. The new law will also address the legal defense costs for the Petroleum Storage Tank Insurance Fund.

“There are a lot of great changes made in each of these bills, and I am glad to have been a part of shaping these new laws,” Sen. Crawford said. “To me, part of the job of a legislator is to make sure our government acts in the best interests of its citizens, and allows them to flourish and reach their full potential. I think HB 273 and SB 6 help achieve this goal.” 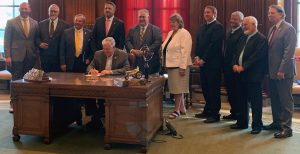 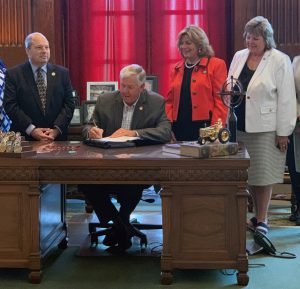