“This is something that is a long time in the making,” Sen. Crawford said. “Anytime we can lift burdensome regulations and add flexibility for local leaders, it is a win-win for all Missourians.”

In addition, HB 271 will restrict local entities from enacting public health orders during a time when the governor has already declared a state of emergency for the same reason. This aspect of the new law takes effect immediately, because of an emergency clause contained in the bill. Other parts of HB 271 will take effect on Aug. 28.

“We need to let locally elected leaders govern their own areas in a way they see fit,” Sen. Crawford said. “The state has its role, but local governments need to have the final say; otherwise, their hands are tied at a time when urgency and safety are of the utmost importance. I applaud my colleagues for helping make this legislation a reality and the governor for signing it into law so quickly.” 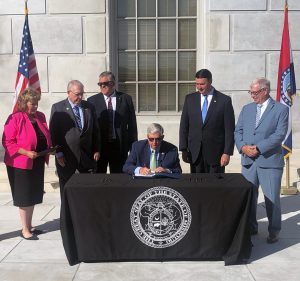