The Process of Progress

The third month of session is underway, and I am very pleased with the progress the upper chamber and my legislation have made so far this year. Monday was the last day to file bills for this legislative session, and a total of 630 bills, 16 Senate Concurrent Resolutions and 29 Senate Joint Resolutions have been filed in the Missouri Senate.

I recently added several of these, bringing the total number of bills and proposals I have filed to 30. My COVID-19 liability legislation, Senate Bill 42, merged with Senate Bill 51 and is now being considered by the House of Representatives. Senate Bill 43, which requires health benefit plans to cover children’s hearing aids the same as MO HealthNet, was perfected by the Senate and could be third read and passed in the near future. In addition to these, 9 other bills were voted “do pass” out of committees, two have had hearings conducted and three are on the informal calendar waiting to be considered by the entire Senate.

To facilitate constituent access to our committee hearings, we’ve taken the following measures: made special accommodations in hearing rooms to allow social distancing, livestreamed audio of all committee hearings and permitted online witness appearance forms in lieu of in-person testimony. I hope these new features will encourage more folks from the 32nd Senatorial District to get involved in the legislative process.

A Snapshot of Missouri Agriculture

The Missouri Department of Agriculture (MDA) kicked-off the 12th annual “Focus on Missouri Agriculture Photo Contest” on Monday. Entries must incorporate some aspect of agriculture, food production or agritourism in their submission. Help tell Missouri’s farming story by submitting your snapshots before June 11 through the MDA website at agriculture.mo.gov.

The Missouri State Medical Association held its annual “White Coat Day” virtually this year, and I was honored to present information on the COVID-19 liability protections bill passed by the Missouri Senate to the Zoom attendees. From a physician’s point of view, the main benefit of Senate Bill 51 is the requirement of “proof of recklessness,” a provision that makes it much more difficult to sue health care providers for their well-intended actions during the pandemic.

This annual, global observance celebrates women’s achievements and encourages gender equality. I salute the wonderful women in my life and in our communities who embody the theme, “Choose to Challenge” and lead by example.

Welcoming Visitors from Home to the Dome 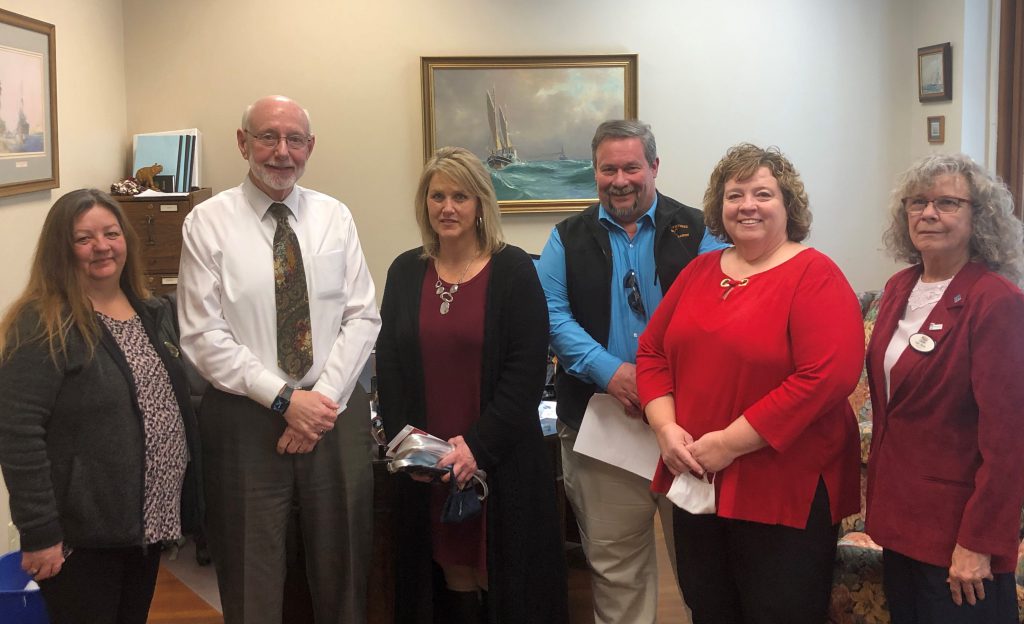 Members of the Newton-McDonald Counties Board of REALTORS visited on March 2. Pictured from left to right are Teresa Bennet, Sen. White, Alisa Hartman, Kevin Vanstory, Shawna Horton and Sally Bush. 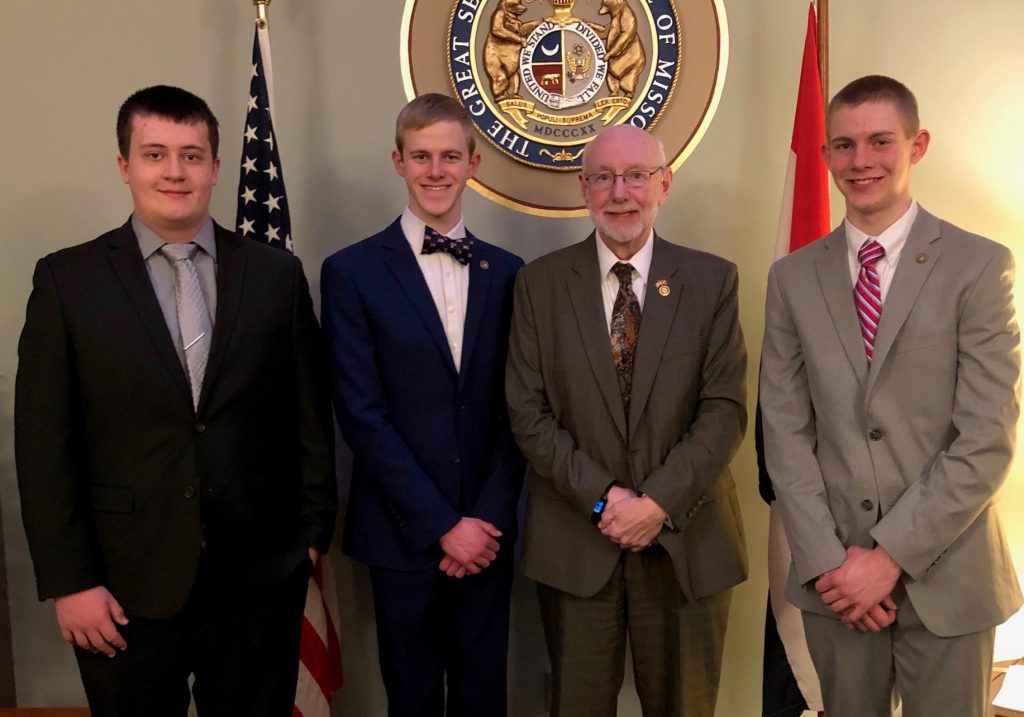 Students from TeenPact Missouri were in Jefferson City to learn about the political process and visit legislators. Hunter Bard, Ezekiel Spieker, Sen. White and Jonah Spieker posed for this photo on March 2. 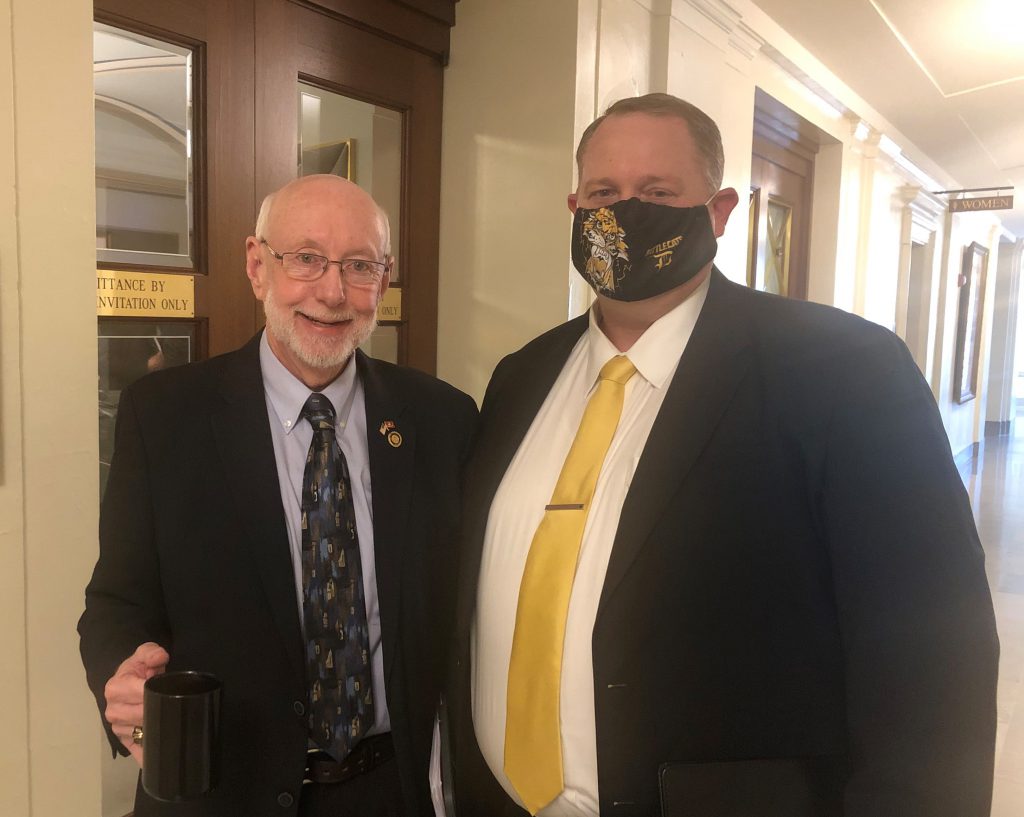 Senator White spoke with Keith White, the superintendent of the Diamond R-IV School District, at the Capitol on March 3.