The Senate reconvened with full vigor this week after the mid-term recess. In addition to scheduling hearings for Senate bills and debating them on the floor, the second half of session is when we begin to consider legislation passed by the House. Our schedule will be packed between now and the final day of session on May 14 as my colleagues and I work to finalize the Fiscal Year 2022 budget and pass as much legislation as possible.

In light of some confusion surrounding Senate Bill 528, I want to clarify the two purposes of this legislation. This bill establishes Minutemen of the State, a group of voluntary residents who, with the approval of 75% of the Legislature, could be called up by the governor to assist in the defense of the state in cases of extreme emergencies. It’s not a military force, but merely a list of citizens willing to step up and assist in the direst of times. Secondly, SB 528 protects the rights of Missourians under the Second Amendment. If called up, Minutemen supply their own firearms, ammunition and equipment, dubbing the items property of the state, and therefore, protecting them from seizure or taxation. It is my fervent prayer that a call up of such a group will never be necessary, but it is all too clear that we live in turbulent times. In my opinion, the availability of dedicated Missouri residents and the protection of the Second Amendment rights of all Missourians could be the key for the survival of freedom in the worst of times.

Tax Day Extended to May 17

Get a Ride to a Vaccine Site

The Missouri Department of Health and Senior Services launched a new program to expand access to COVID-19 vaccines by providing transportation to vaccination sites. The comprehensive “Get a Ride” guide is sorted by region and can be found at MOStopsCovid.com/ride.

Governor Proclaims April as the Month of the Military Child

On March 22, the governor held a proclamation event in Waynesville proclaiming April as the Month of the Military Child and paying tribute to the role military children and families play in our state. Missouri businesses are invited to hang purple ribbons by their entrances, and all residents can show their support by wearing purple on April 15 for “Purple Up Day.” On average, military kids move six to nine times during their school years, so the Department of Elementary and Secondary Education will soon launch a statewide Purple Star School Program to highlight schools that welcome and support these children.

The governor recently proclaimed March 21-27 as National Agriculture Week in Missouri to correspond with National Agriculture Day on March 23. According to statistics from the Missouri Department of Agriculture, agriculture is our state’s leading economic driver with an estimated annual impact of $88.4 billion, in addition to more than 400,000 ag-related jobs. The momentum of this financial stability promises to be sustained by the 100,000 students currently involved in Missouri FFA and 4-H. I want to personally thank all the farmers and workers from the 32nd Senatorial District for their diligence and perseverance in providing food and other vital resources throughout the pandemic. 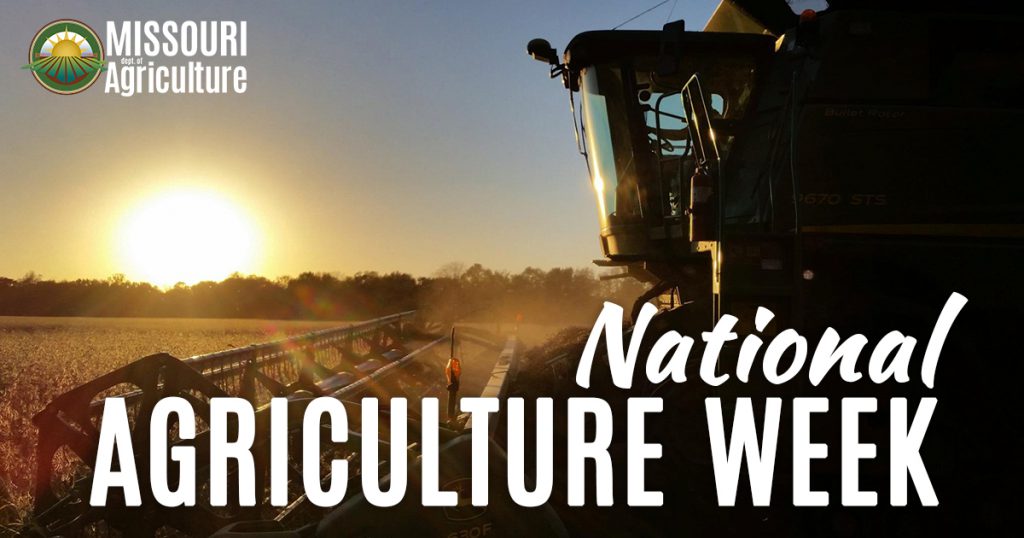 “Arts ARE Education” was the theme of the 2021 Fine Arts Education Day, held virtually in the Capitol’s first floor Rotunda on Wednesday, March 24. Sponsored by the Missouri Alliance for Arts Education (MOAAE) and its student advocacy sector, Show-Me Arts, the event showcases the performances and art works of over 3,500 talented young artists representing the entire state. Check out Webb City’s junior high visual art students’ video, Explosion Books and their jazz ensemble perform “Act your Age,” on the MOAAE website.

I enjoyed an informative visit with members of the OnmiLife Virtual Reality team on March 24. One of their programs, Bravemind and Strive, is an evidence-based therapy to help veterans recover from post-traumatic stress. By recreating virtual military scenarios, veterans confront difficult memories in a safe environment and work with clinicians to process the harrowing events that caused their condition. 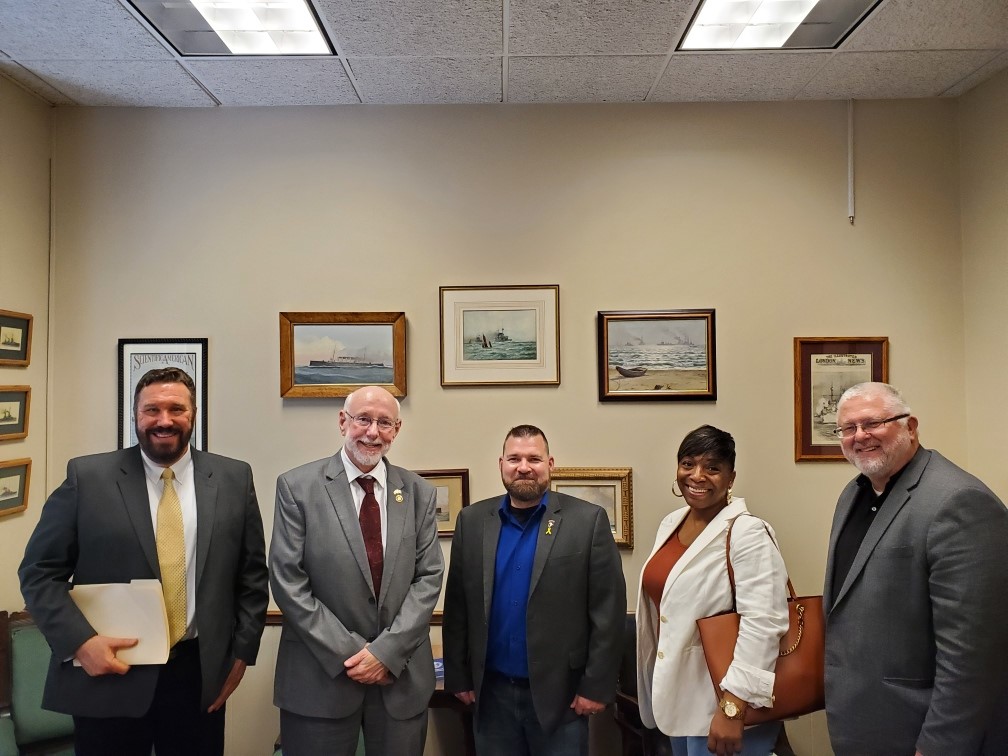 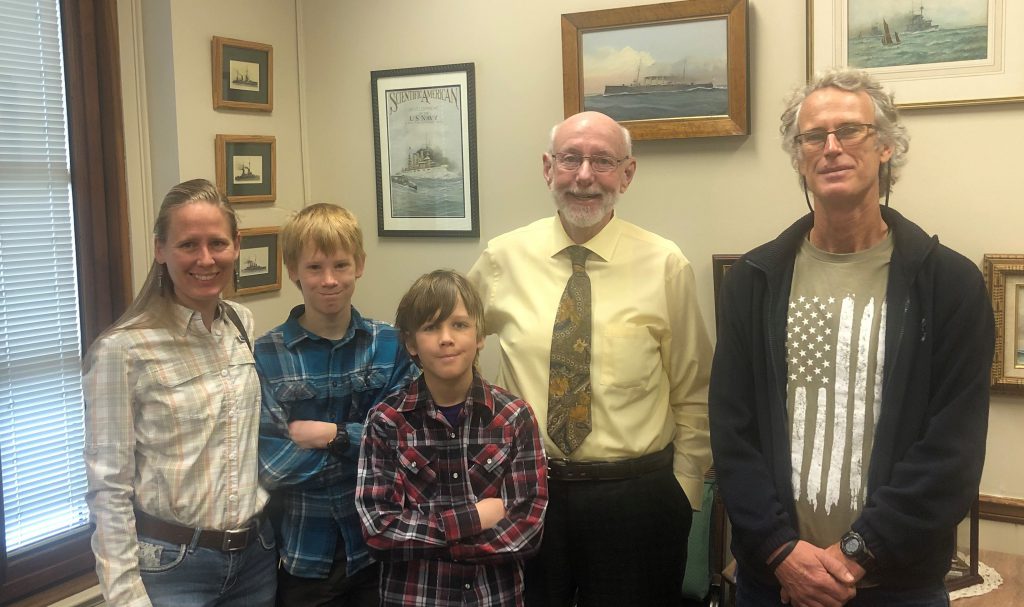 Senator White visited with the Moseley family, of Stark City, and introduced them on the floor of the chamber on March 24. Pictured here are Hannah, Anodos, Paul, Sen. White and Richard Moseley.