Truly Agreed To and Finally Passed

During the 2021 legislative session, the Legislature passed nearly 70 bills and resolutions. Among these successes were policies to connect foster kids with adoptive families, help prevent the misuse of narcotics, shield small businesses and health care workers from frivolous COVID-19 lawsuits, provide vital and important benefits to veterans and protect law enforcement officers in the line of duty. Visit senate.mo/legislation for the entire list of bills passed during the 2021 legislative session.

Our community also received several important appropriations within the state’s Fiscal Year 22 operating budget. In total, the 32nd Senatorial District will see more than $210 million in appropriations during the upcoming fiscal year. Below is a breakdown of those funds and how they will be spent. 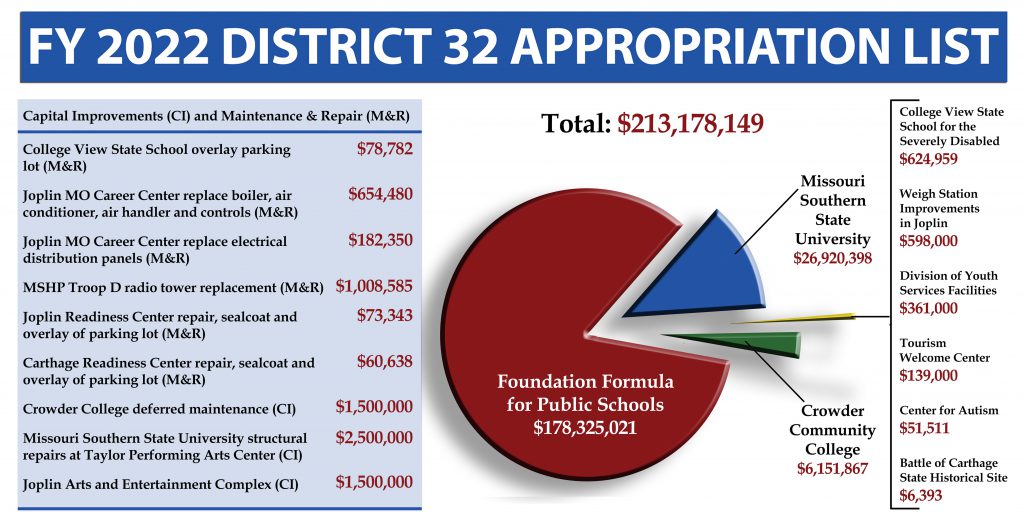 Honoring Those Who Made the Ultimate Sacrifice

Joplin’s American Legion Post 13 hosted an interment ceremony on Memorial Day to lay three Jasper County veterans to rest at Mount Hope Cemetery in Webb City. The remains of these servicemen, like many others, had been unclaimed for years. As a member of Post 13, I was honored to attend the ceremony and pay homage to the service of these fallen heroes by giving them a long overdue burial with military honors.

On June 4, I had the honor of presenting a resolution to retiring Fire Chief Jim Furgerson for his distinguished career and 20 years of service to the Joplin Fire Department. During his tenure, he advocated to retain public safety staff, established a swift water rescue team, developed automatic aid agreements with surrounding fire districts and enjoyed a host of other accomplishments. Thank you for your service, Chief Furgerson! 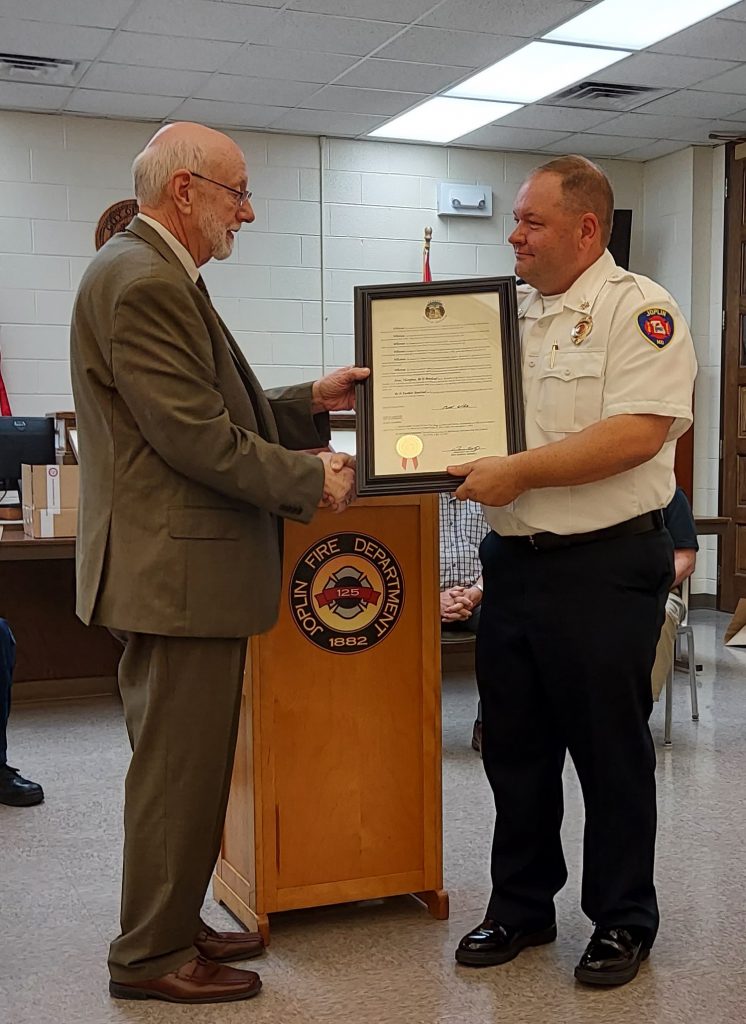 Senator White congratulates Jim Furgerson on his retirement from the Joplin Fire Department.

Over Memorial Day weekend, I had the opportunity to attend two events in Greenfield commemorating some important milestones in Dade County: the 50th anniversary of Buffalo Days and the 25th anniversary of the Dade County Veterans Memorial. Secretary of State Jay Ashcroft also attended the historic events, and the community enjoyed a day of food, fun and festivities. 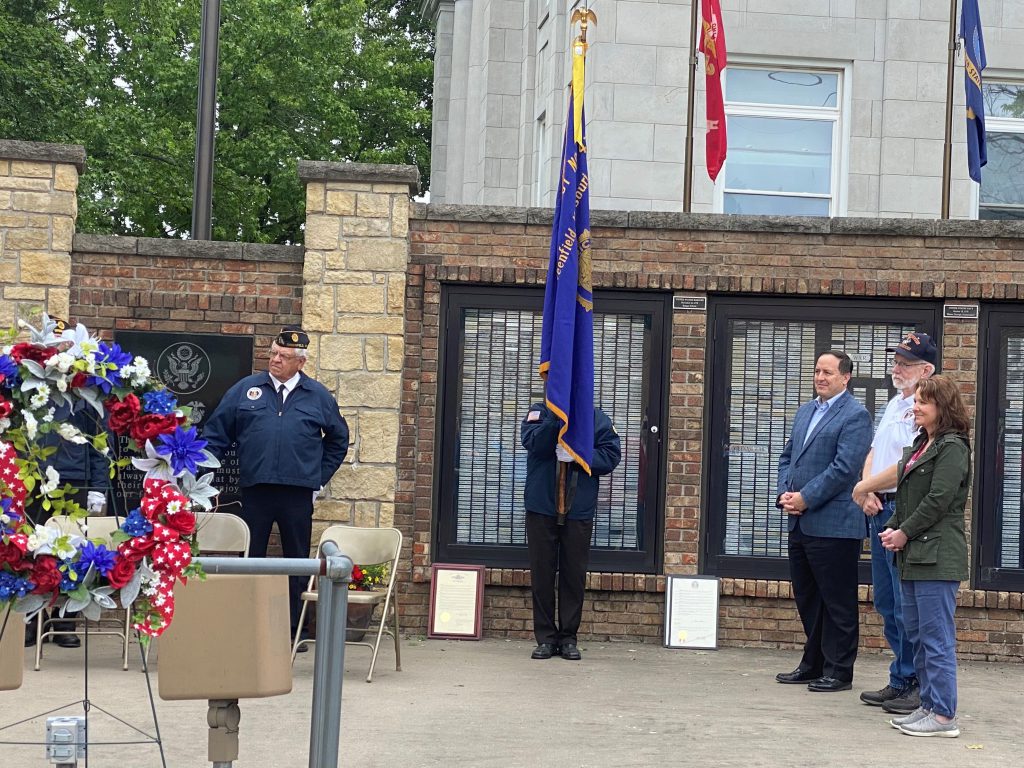 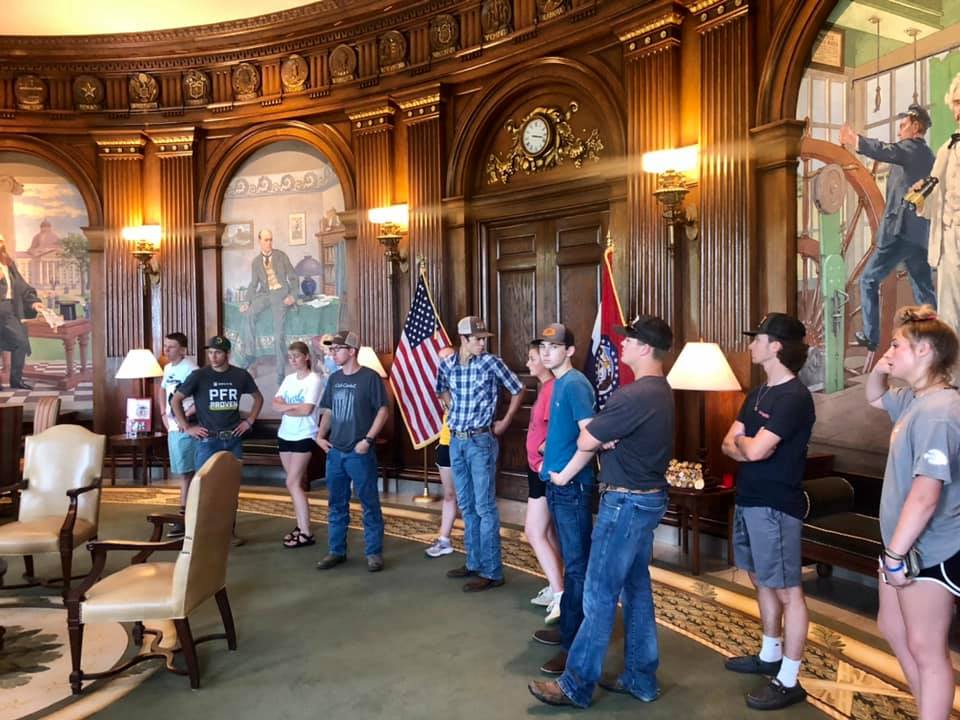 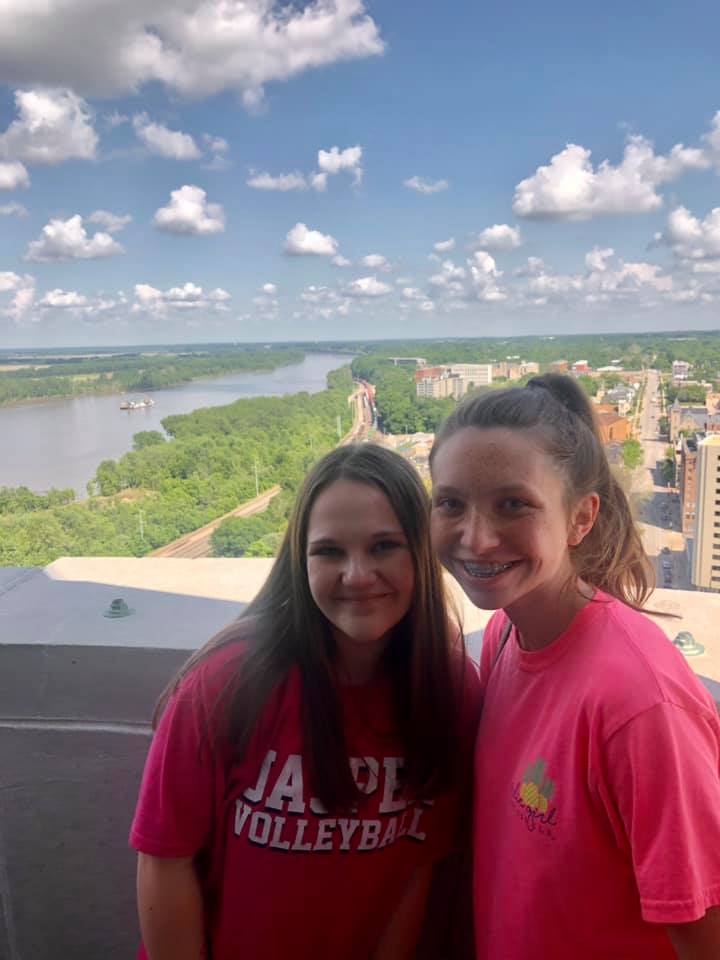 Members of the Jasper FFA Chapter and their advisor, Jared Jeffries, concluded their tour with a trip to the Whispering Gallery and lookout deck at the top of the Capitol dome.