Our Senate workweek was condensed by one day to observe the Easter holiday, but that didn’t prevent my colleagues in the upper chamber from discussing and debating numerous bills. On Tuesday, we passed Senate Bill 63 to establish a statewide Prescription Drug Monitoring Program (PDMP). If passed and signed into law, Missouri would be the last state in the country to establish a PDMP. I have supported this legislation since it was introduced in the House eight years ago, and I believe this tool will help protect patients from dangerous drug interactions and misuse.

In terms of my legislation, Senate Bill 120 was unanimously passed by the Senate on April 7 and will now begin the legislative process in the House. Among its eleven provisions is the creation of the Missouri Department of the National Guard. Contingent upon passage of a constitutional amendment, the bill transfers the Office of the Adjutant General and the state’s militia from the Department of Public safety to the newly formed department. My legislation to align procedures and roles within the Department of Corrections, Senate Bill 212, was perfected on April 7 as well.

As we get closer to the end of the legislative session, my colleagues and I often look for opportunities to turn our sponsored bills into amendments or substitutes and add them to a comparable bill while that bill “has the floor” so to speak. Over the course of these debates, I was able to attach two of my bills as amendments, which were included as Senate substitutes for other proposals moving through the process. My Senate Bill 454, the “Birth Match” clause, was added to Senate Bill 327, and, if passed, will bridge communications between the Office of Registrar and the Children’s Division when a child is born to a parent previously convicted of certain crimes to ascertain if services are needed or appropriate. Similarly, Senate Bill 233 pertains to salaries of second class county coroners and is now a provision of Senate Bill 27, a broader proposal relating to county officials.

Struggling to Pay Rent or Utilities?

Missouri State Assistance for Housing Relief (SAFHR) provides rent and utility assistance for eligible Missouri residents who are struggling to make ends meet because of the pandemic. Apply online at mohousingresources.com/safhr or call 833-541-1599 to see if you qualify.

Missouri is synonymous with agriculture on many levels, and the Department of Agriculture wants to honor the innovative contributions of five of our hardworking farmers with a Missouri Agriculture Award. The categories are Farm Innovation, Agriculture Education Leader, Food Animal Veterinarian, Agriculture Volunteer and Agriculture Communicator. Nominations will be accepted through Sept. 15, and more information is available at agriculture.mo.gov/awards. The winners will be announced at the 2021 Missouri Governor’s Conference on Agriculture in November. 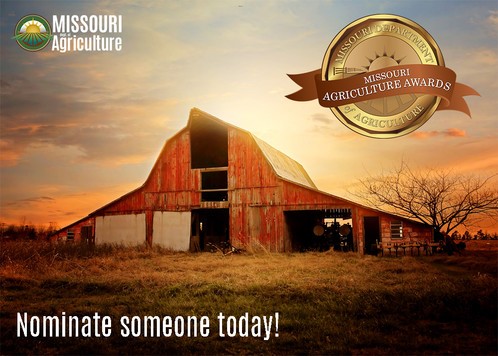 This Friday and Saturday, the neighborhoods of Neosho will be transformed into a haven of treasures as folks scout yards and garages in search of deals. Bargain hunters from neighboring towns and states will flock to the Annual Neosho City-Wide Garage Sale, affectionately known as Missouri’s Largest Garage Sale, to peruse another man’s junk at almost 400 individual sales.

An Appreciation for All Things April

Beginning last fall, the Area Agency on Aging Region X has included my column in its Better Living publication for seniors. If you are interested in reading April’s submission, you may find it on my Senate webpage at senate.mo.gov/white.