Sen. Sandy Crawford’s Capitol Report for the Week of April 19

According to the Missouri Constitution, the Missouri General Assembly has only one job, which is to craft the state’s operating budget each year.

The budget always starts in the Missouri House of Representatives. Their Budget Committee hears from not only department directors within state government, but from the general public. From there, the entire Missouri House discusses each of the 13 individual bills that make up the state budget. Amendments may be added to these measures in the House.

The governor then has until June 30 to sign each of the budget bills, and/or veto those individual line items he believes are unnecessary. In addition, the governor has the ability to withhold specific appropriations until the state has the funding for that specific item. Missouri law dictates we have a balanced budget, something we take very seriously. Missouri’s fiscal year starts on July 1.

I will keep you up-to-date on the budget in the weeks to come. 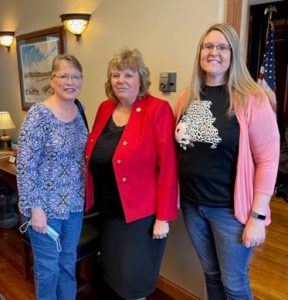