Sen. Dave Schatz’s Column for May 18

End of a Tumultuous and Successful Session

Last week, I had to send my weekly column before session ended. Today, I am glad to report we were able to get more legislation across the finish line. For the 2017 session, I sponsored bills that 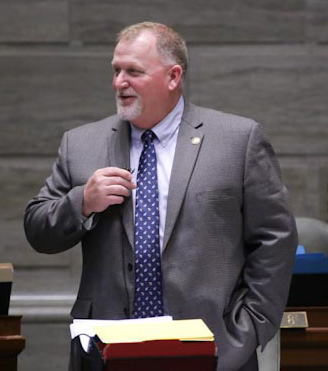 cut red tape and implemented some common-sense reforms for transportation policy. Below are some of the bills I sponsored that were sent to the governor for his consideration.

As a business owner, I know the hand of government can often lay heavy on private citizens, which is why I often sponsor legislation to make everyday life a little easier for Missourians. Senate Bill 65 simply allows the common practice of sitting on small fishing boat rails (technically a ticketable offense right now). I visited with law enforcement before offering this bill, and we all agreed government didn’t need to regulate small boat rails.

Senate Bill 240 establishes a statewide electrical contractor’s license. Missouri is presently one of only six states that doesn’t have a statewide license, meaning electrical contractors have had to maintain a patchwork of local and municipal licenses to be allowed to bid across the state. This has been a nightmare for these contractors. By establishing a statewide license, we will allow the market to work with fair competition as qualified contractors can bid across the state. It is important to note that local licenses and inspections are still fully allowed and so local contractors still have that option. Senate Bill 240 takes effect Aug. 28.

Senate Bill 225 was the main transportation bill I worked on with my transportation committee chairman counterpart in the House, Rep. Bill Reiboldt, R-Neosho. This bill allows two-year colleges, like East Central College, to use the same highway signs as four-year colleges. Senate Bill 225 also closes a loophole in the state’s ignition interlock law for DUI offenders; it allows Distinguished Service Cross veterans to park free at state colleges, and it modifies auto-transport trailer lengths to bring Missouri in compliance with federal law.

Senate Bill 64 is another very important piece of legislation to me and also originated in my Transportation, Infrastructure and Public Safety Committee. This bill renames the Franklin County bridge on which Lyndon Ebker died. Tragically, Mr. Ebker was struck and killed by a motorist last year while inspecting a bridge for MoDOT. To ensure we honored Mr. Ebker’s work and life and to remind the public to watch out for our highway workers as we travel on the state’s roads and bridges, I made sure SB 64 was the first bill I filed this year.

Finally, I also sponsored a Blue Alert bill, which is set to become law as part of Senate Bill 34. The Blue Alert system will operate much like the well-known Amber Alert system, only it will issue an alert whenever a law enforcement officer has been shot or assaulted. The public will also be informed of the suspect’s details to help speed apprehension.

I look forward to once again working to address Missouri’s transportation funding issues in the Senate Transportation Committee in 2018.

The 2017 session was a difficult one that involved many late nights. That being said, our work resulted in many good bills being sent to the governor’s desk. In the coming weeks, I will detail important reform legislation on which the Senate and House collaborated. I will also be preparing a comprehensive end of session report to mail to constituents.

Thank you for reading this weekly column. Please contact my office at (573) 751-3678 if you have any questions.