Unpacking Voters’ Decisions on Amendments 1 and 3

According to the Missouri secretary of state’s office, more than 3 million Missourians, or 70% of registered voters, weighed in on the candidates and issues before them on Election Day. While many of us were focused on the highly publicized presidential and gubernatorial contests at the top of the ticket, Missourians also had the opportunity to vote on two state constitutional amendments relating to term limits and redistricting: Amendments 1 and 3. Missouri voters rejected Amendment 1 and adopted Amendment 3.

Amendment 1, proposed by state lawmakers, would have created universal term limits for all statewide officeholders. The Missouri Constitution currently only limits the governor and treasurer to two four-year terms. The lieutenant governor, attorney general, auditor and secretary of state may serve as many terms as voters chose to elect them; for example, Jay Nixon served as attorney general for 16 years before being elected governor, and Peter Kinder served our state for 12 years as lieutenant governor.

In my opinion, there was no coordinated effort for or against Amendment 1. Although the General Assembly in 2019 approved the measure placing the issue before voters, Amendment 1 failed by more than 100,000 votes on Election Day. Incidentally, the largest concentration of opposition to Amendment 1 was right here in the counties surrounding St. Louis and St. Charles Counties, while the greatest pockets of support centered around Springfield, St. Joseph, St. Charles and the Bootheel. 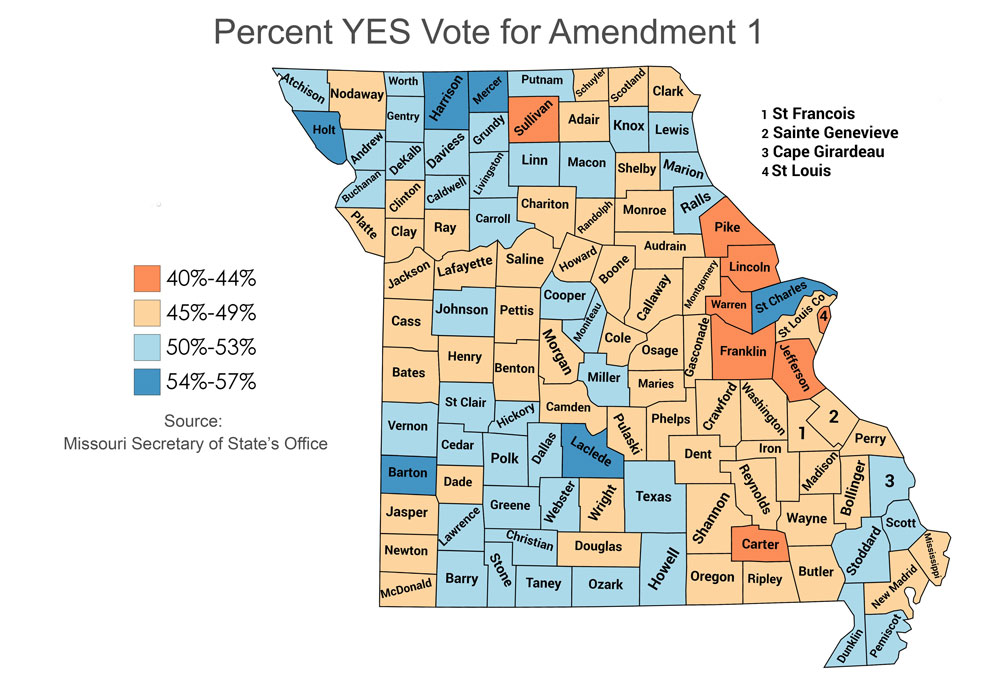 Amendment 3, also proposed by lawmakers, was an alternative to the Clean Missouri constitutional amendment adopted by voters in 2018. As a refresher, Clean Missouri capped lobbyist gifts and lowered the limits on campaign donations to candidates running for the Legislature. It also enacted an untested, unproven state legislative redistricting process — scrapping our time-tested, bipartisan, citizen-led commissions in favor of a newly created state demographer. Furthermore, Clean Missouri changed the criteria for drawing state legislative districts from “compact” and “contiguous” to “fair” and “competitive.” Instead of honoring municipal and natural boundaries, I believe communities across our state would have been sliced up into districts designed to achieve partisan fairness, instead of maintaining the unique voices of individual communities.

After years of working to educate Missourians on the impact Clean Missouri would have on their ability to elect leaders who reflect their own communities, I was proud to see voters pass Amendment 3 and restore our state’s bipartisan, citizen-led redistricting process. Through Amendment 3, I believe our state legislative districts will continue to be compact, contiguous, follow commonsense boundaries and continue to be drawn by bipartisan, citizen-led commissions. 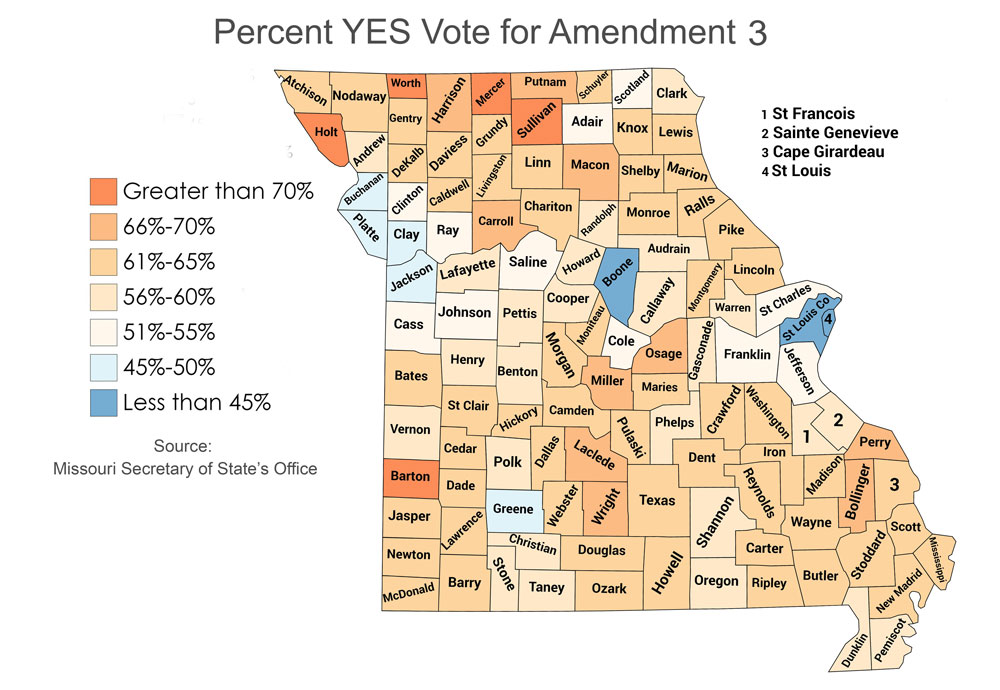 From where I stand, the seemingly unexpected results on Amendment 1 and narrow margin of victory for Amendment 3 make two things very clear: your individual vote matters and it’s critical that you are prepared before you step into the voting booth and that you read your ballot all the way through once you get there.

As always, it is an honor to serve you in the Missouri Senate. If you have any other questions or concerns, please do not hesitate to contact my office at (573) 751-3678 or by email at dave.schatz@senate.mo.gov — we are honored to serve you.