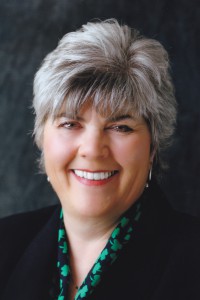 Senator Gina Walsh was elected to the Missouri State Senate in 2012, pledging to honor the hard work, aspirations and faith of the people of North St. Louis County. Sen. Walsh is working to create affordable opportunities for consumers, businesses and families, to foster innovation for tomorrow, and to stand with parents as they educate and care for their children.  In November 2016, Sen. Walsh was elected to a second Senate term and was chosen to serve as minority floor leader.

Prior to her service in the Senate, Sen. Walsh served four terms in the Missouri House of Representatives, representing North St. Louis County’s 69th District, which included Bellefontaine Neighbors, Dellwood, Glasgow Village, Jennings, Moline Acres, Riverview, and Spanish Lake. While serving in the House, Sen. Walsh built a reputation as an independent voice, working with both Democrats and Republicans to find common sense solutions to the problems facing Missouri.

Sen. Walsh is a 1975 graduate of Rosary High School and lifelong resident of North St. Louis County. She is also a graduate of the International Association of Heat and Frost Insulators, and Allied Workers Apprenticeship School. Sen. Walsh served on the board of the Riverview Fire Protection District for nearly ten years as director, serving five years as chairperson.

Gina is a retired member of Heat and Frost Insulators and Allied Workers Local #1, with over 35 years of experience in the trade. Sen. Walsh is also president of the Missouri State Building & Construction Trades Council and serves on the executive board of the Missouri AFL-CIO.

Gina is an active member of Holy Name of Jesus Catholic Church in Bellefontaine Neighbors, serving on the Parish Pastoral Council. Gina has three children and four grandchildren.