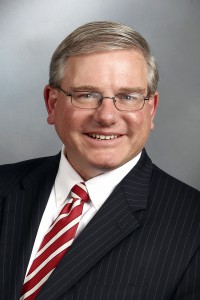 A former Missouri State Representative, Sen. Hegeman is past president of Andrew County Farm Bureau. He is a lifetime farmer and is part owner of a six-generation family-owned row crop and cattle farm in Andrew County. Senator Hegeman currently serves as a community affairs manager for Kansas City Power & Light.