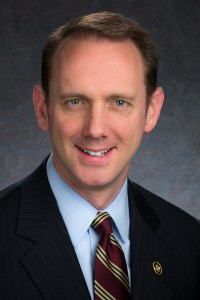 Sen. Scott Sifton, a Democrat, represents St. Louis County in the Missouri Senate. He was elected to his first four-year term in November 2012. Before winning election to the Senate, he served in the House of Representatives from 2011-2012 and the Affton Board of Education from 2001-2010. He received awards from both the Missouri Bar Association and Interfaith Legal Services for Immigrants for his service in the House.

Sen. Sifton served on the board of the American Lung Association Missouri chapter from 2000-2006 and as vice chairman of the Missouri Bar Association’s legislative committee in 2004. Other involvement includes the Affton Chamber of Commerce, Affton Community Betterment Association, Lemay Chamber of Commerce, Concord Democratic Club and the Lemay Democratic Club. Sen. Sifton was also a member of FOCUS Leadership St. Louis Class of 2005-2006.

Sen. Sifton resides in Affton with his son, Stephen, and his daughter, Madelyn.