JEFFERSON CITY — Today, Sen. Jamilah Nasheed, D–St. Louis, started the process of challenging the state’s official estimate of the cost of the recently passed Voter ID bill, House Bill 1631. The estimate is produced by the Oversight Division of the Office of Legislative Research.

Senator Nasheed stated, “They changed the bill’s requirements, but didn’t change the cost. This does not pass the smell test.”

The challenge has been submitted to the chair of the Joint Committee on Legislative Research.

Senator Nasheed continued, “We must remember that African-Americans have only been allowed to vote for 52 years. The first half of those 50 years were spent fighting poll taxes and literacy tests and grandfather clauses.”

“Grandfather clauses limited the right to vote based upon whether the voter’s grandfather was allowed to vote. Shameful.” Sen. Nasheed added.

Senator Nasheed concluded, “Change is only accomplished through protest of the treatment, and this is my protest. The people of the state of Missouri deserve to have an accurate accounting for how their taxpayer dollars are spent.” 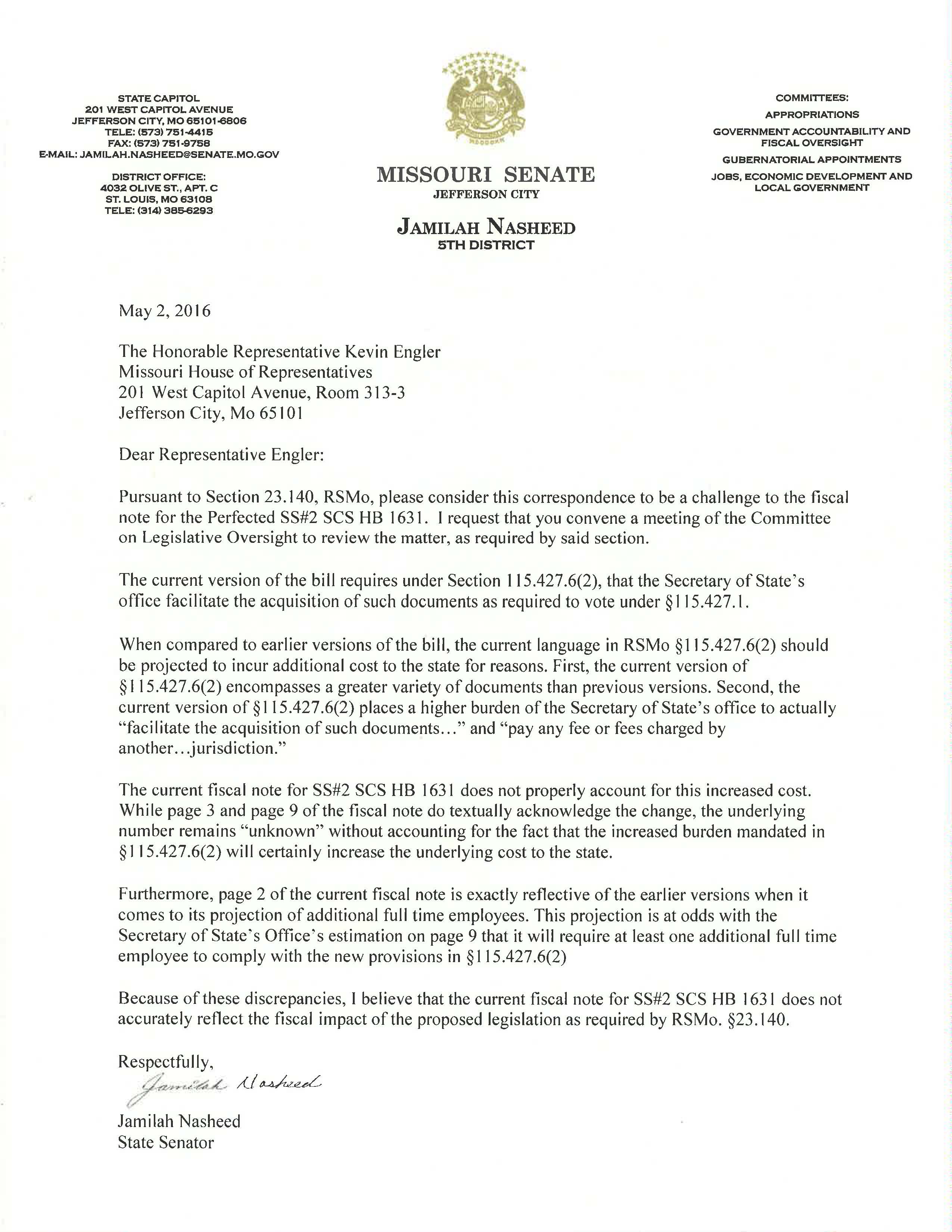