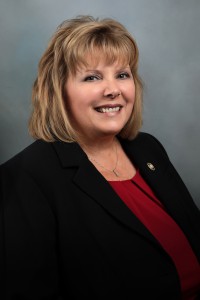 Senator Crawford is a member of Tabernacle Baptist Church in Lebanon, where she teaches a third grade girls Sunday school class. Her other memberships include Dallas County Cattlemen, NRA, Farm Bureau, Buffalo FFA Alumni, State Fair Foundation, FBLA (Professional Division member) and Lebanon Rotary (honorary member). In addition, she is a member of the Buffalo, Lebanon, Bolivar, El Dorado Springs and Stockton Chamber of Commerce. Senator Crawford is on the advisory board for Lebanon Technical and Career Center, and she serves as a board member for the Buffalo Area Community Housing Corporation.