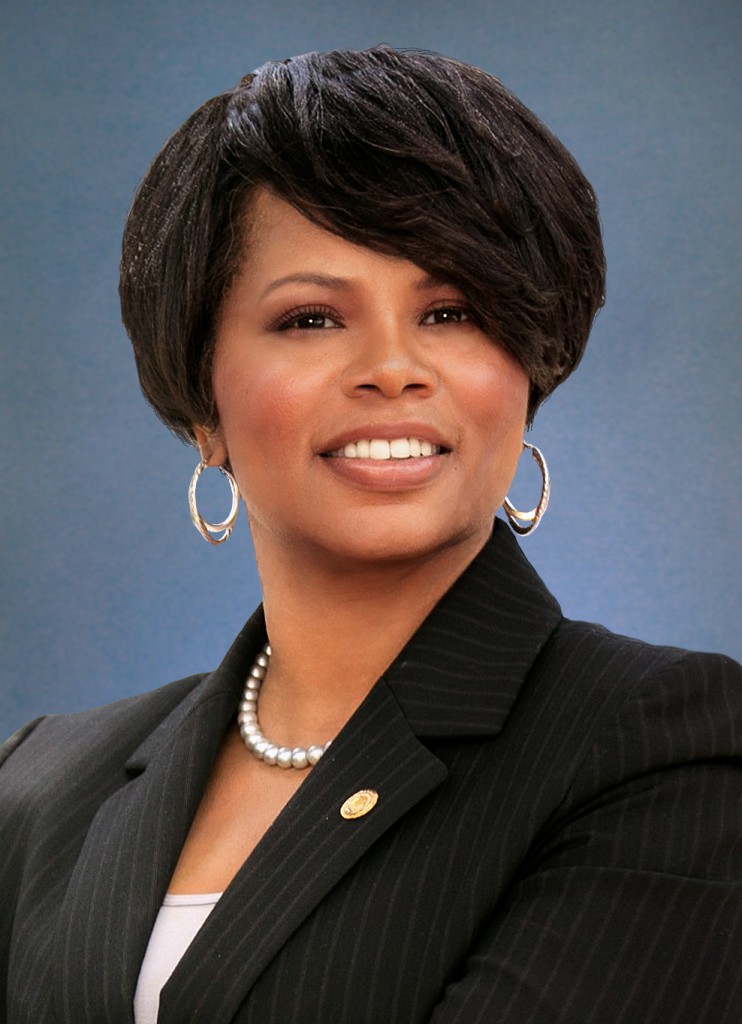 Senator Nasheed was born in the City of St. Louis, where she was raised by her grandmother, Evelyn Williams. She has been married to her high school sweetheart, Fahim, for 17 years. She currently lives in the city’s Gaslight Square neighborhood with her 16-year-old cousin, Najawah, for whom she is a longtime caretaker.

At the age of 19, Sen. Nasheed opened Sankofa Books and Gifts, an inner-city bookstore, with the mission of promoting reading and meaningful discussion.

After 10 years as a small business owner, Sen. Nasheed sold her bookstore and decided to run for office. In 2006, she was elected to the Missouri House of Representatives, where she quickly earned a reputation for working with colleagues on both sides of the aisle to accomplish her agenda. During her first term in 2008, Sen. Nasheed passed House Bill 2191, a pioneering piece of legislation that ensured the benefits of the A+ Scholarship Program for high school students in Missouri’s unaccredited school districts. As a result of HB 2191, thousands of St. Louis students became eligible for free tuition to two-year colleges and technical schools.

During her time in the Missouri House, Sen. Nasheed was the only minority party committee chairperson serving as Chairwoman of the House Urban Affairs Committee.

In 2014, Sen. Nasheed worked successfully to pass two landmark pieces of legislation. SB 532 allows a relative-caregiver the right to make medical and educational decisions for a minor in their custody. Senate Bill 731 helps preserve St. Louis neighborhoods by expanding the definition of “nuisance” to include absentee landlords who allow vacant properties to harm the value of neighboring properties.

During the First Regular Session of Missouri’s 98th General Assembly, Sen. Nasheed furthered her reputation as an effective law maker by passing five bills, more than any other Democrat in the state house. Among them, SB 334 (2015), gave Harris-Stowe State University, one of Missouri’s two Historically Black Colleges and Universities, the authority to offer graduate degrees for the first time in its 150 year history.

Sen. Nasheed joined forces with colleagues from both sides of the aisle, and in both chambers, as a co-sponsor of SB 5 (2015). Widely touted as the most comprehensive municipal court reform bill in decades, SB 5 bars many of the systematically oppressive practices that had targeted Missouri’s most vulnerable citizens for generations.

Also during the 2015 session, Sen. Nasheed passed legislation that established January as Sex Trafficking Awareness Month in the State of Missouri.

In addition to her legislative responsibilities, Sen. Nasheed also serves as President of the Junior Class Parents’ Association at Cardinal Ritter High School. Sen. Nasheed is a founder of the “In it 2 Win” Coalition, which identifies students who have dropped out of school, or were pushed out, and assists in returning them to the classroom. She is also active in the Fresh Start Program, which assists youth between the ages of 17 and 21 to return to the classroom to earn their high school diplomas. Sen. Nasheed has also been active in the A+ Schools Program and Inspire STL. She is a member of the Order of the Eastern Star fraternal organization. In 2009, Sen. Nasheed studied human rights and international law in India as a member of the American Council of Young Political Leaders, a prestigious international exchange program.

201 W Capitol Ave., Rm. 330
Jefferson City, Missouri 65101
(573) 751-4415
Email the Senator
Jamilah.Nasheed@senate.mo.gov*
*Due to the recent passage of Amendment 1 on November 6, 2018, please be advised that any communications or documents received by this office that were previously treated as confidential may now be subject to public disclosure pursuant to any request made under the Missouri Sunshine Law.