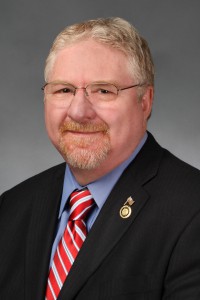 Jay Wasson represents the 20th Senatorial District in the State Senate, which includes Christian County and parts of Greene County. He was elected to the Missouri Senate in November 2010 and re-elected in 2014. His time in public service includes representing the 141st House District for eight years and serving as Nixa’s mayor for five years.

Some of Senator Wasson’s priorities in the Senate include advocating for education, senior issues, and small businesses – including family farms and lower taxes.

In addition to his legislative duties, Senator Wasson works as a real estate developer.

A life-long resident of Christian County, Senator Wasson’s family came to Stone County in 1848 and settled in Nixa, Missouri in 1867. He is a 1974 graduate of Nixa High School.

Senator Wasson and his wife Retha live in Nixa.