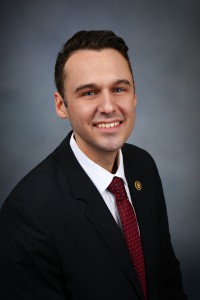 Born on October 3, 1980 in Kansas City, Senator Rizzo currently resides there with his wife Lindsay and daughters Sofia and Ella.