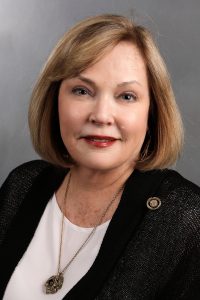 Senator Elaine Gannon, a Republican, represents the seven counties that comprise the 3rd Senatorial District, including Iron, Reynolds, St. Francois, Ste. Genevieve, Washington and part of Jefferson. She served four consecutive terms in the House of Representatives from 2012-2020.