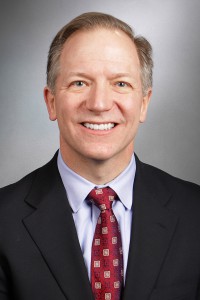 Senator Robert F. (Bob) Onder, Jr., was sworn into office on Jan. 7, 2015, to serve the residents of Missouri’s Second Senatorial District in St. Charles County.  He previously served in the Missouri House of Representatives from 2007 to 2008.

Senator Onder has been a physician and small business owner for over 20 years.  He is board-certified in Allergy and Immunology and Internal Medicine.