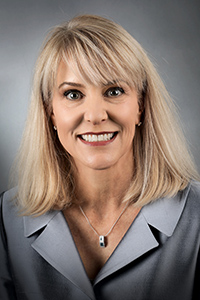 Senator McCreery was the first woman elected as an Independent to the Missouri House of Representatives in a 2011 special election. In her previous role as State Representative, she served as the ranking minority member for the House Agriculture Policy Committee, the House Emerging Issues Committee and the House Utilities Committee.

Prior to her legislative duties, Senator McCreery was a district aide and volunteer coordinator for state Sen. Joan Bray and served in the administration of Gov. Bob Holden. She has held positions in sales, sales training and management in the pharmaceutical, telecommunications and health care industries.

Senator McCreery is currently a board member of the Consumers Council of Missouri and Family Care Health Centers. She volunteers with Olivette in Bloom.

Senator McCreery is a 1985 graduate of Edison High School in Milan, Ohio. She received her bachelor of science in business in marketing in 1989 from The Ohio State University. She and her husband, Thom Wham, currently reside in St. Louis County.