The old adage, “Two steps forward, one step back,” perfectly describes the past couple of weeks in the Missouri Senate. Tasked with drawing new congressional maps to correspond with the 2020 Census data, the Missouri Senate has reached an impasse after days, nearly weeks, of stalled discussions and filibusters. The proposed map in House Bill 2117, and its companion, Senate Bill 663, passed the House and the Senate Select Committee on Redistricting, but a handful of senators are blocking it from moving forward.

According to the Voting Rights Act of 1965, St. Louis is a “minority majority district” that cannot be divided, and the Kansas City region is protected as a “community of interest” under our state’s constitution. Although the “6-2” map doesn’t correspond with our state’s nearly 60/40 voting ratios, it is more acceptable than some of the other proposals being pushed, which would strip nearly 40% of our state’s population from fair representation in Washington, D.C.

Missouri took two giant steps forward when the Senate Transportation, Infrastructure and Public Safety Committee voted down Senate Bill 666. This legislation, allowing people to cry “self-defense” when they “believe” they are being threatened, would have placed the role of juror and judge into the other hand of the person holding the gun. As we saw in the Ahmaud Arbery murder case, false self-defense claims disproportionately affect people of color, so I’m thankful this terrible piece of legislation took a step back. 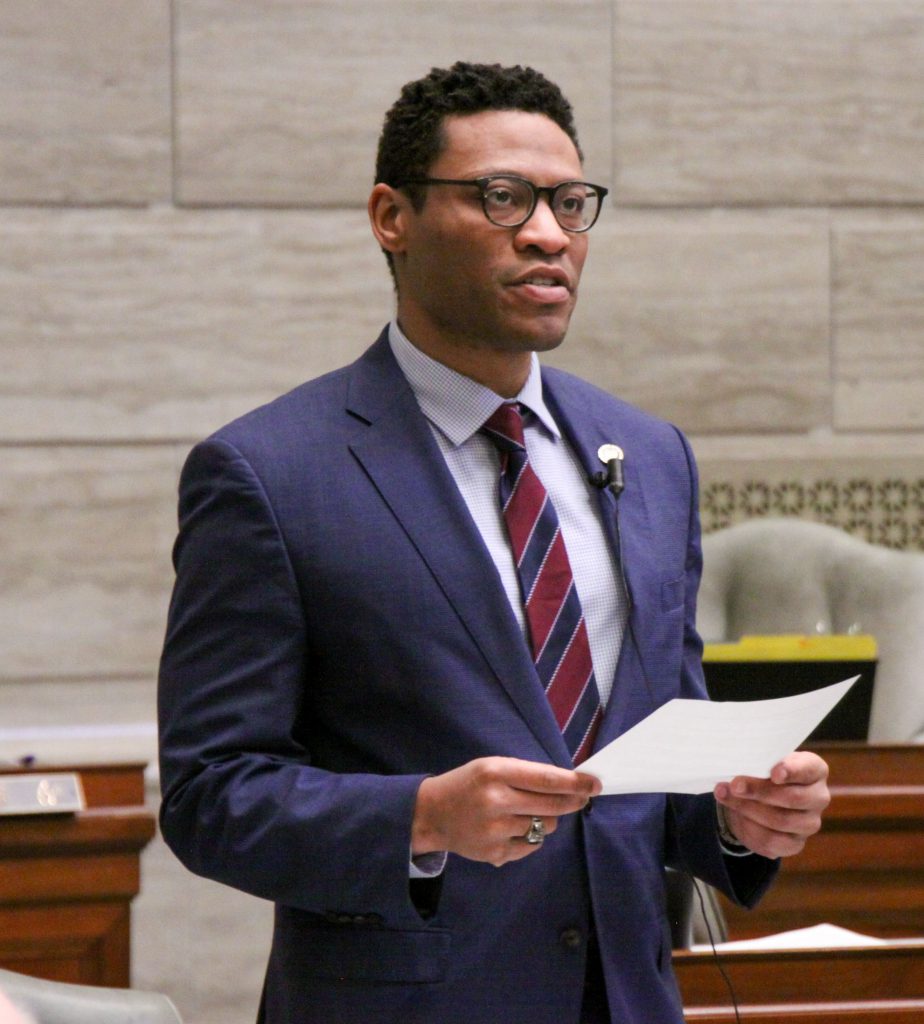 Senator Williams shares the story of Fred Shuttlesworth in the Senate chamber.

Another important step forward happened on Feb. 16 when my Senate Bill 773 was voted do pass out of committee. This proposal makes some needed changes to our state’s Ticket to Work Health Assurance Program by allowing disability benefit recipients the opportunity to earn more wages, without the risk of losing medical coverage.

I was proud to advance my police reform agenda a couple of steps on Jan. 25 when I presented Senate Bill 689 in a committee hearing. My proposal will increase the Peace Officers Standards and Training (POST) hours required for certification from 470 to a minimum of 600. It will also give the Department of Public Safety additional grounds to discipline officers who act inappropriately. My police reform agenda also includes Senate Bill 1105, which bans no-knock warrants. Black communities are still mourning the meaningless killings of Breonna Taylor, Amir Locke and countless others whose murders did not capture national attention, so I hope this measure progresses soon to save more innocent lives from being taken by botched, no-knock warrants.

On Feb. 16, I was honored to highlight a legendary civil rights leader on the Senate floor. Fred Shuttlesworth was an Alabama preacher who helped Blacks register to vote and led protests and sit-ins against the Jim Crow laws during the 50s and 60s. Like most vocal leaders of his day, he was subjected to numerous physical attacks, and his house was blown up by the Ku Klux Klan. He was awarded the Presidential Citizens Medal in 2001 for his courage, insights and efforts to fight racist laws and expand opportunities for African Americans.

Missouri will also highlight Black history by hosting a cross-departmental, virtual event on Feb. 24, “Black History Month Celebration: Honoring the Past, Celebrating the Present.” The keynote is Bob Kendrick, president of the Negro Leagues Baseball Museum in Kansas City.

I’m pleased to welcome three interns to my team for this legislative session. Colby Crowder is a sociology major at the University of Central Missouri, Bridget Pegg is a journalism student at Mizzou and Christen Griffin is studying political science at Southeast Missouri State University. Their positive energy and willingness to help are greatly appreciated!

It is an honor representing each of you in the Missouri Senate. If you have any ideas to improve our district or questions about legislation, please contact my office at 573-751-4106.