The days already seemed a little longer this week as legislators attempted to spring their bills forward ahead of next week’s spring break. One of the most notable events of the week was a bi-partisan press event on March 9, during which nearly two dozen senators stood in solidarity to ask a handful of senators to cease and desist their stall tactics in the chamber. Already behind from last month’s filibusters over the congressional redistricting maps, senators are facing mounting legislation to consider before we adjourn for the year. I hope next week’s break will give everyone a chance to breathe and reevaluate priorities.

I was pleased to spring two more of my bills forward this week. On March 7, I presented Senate Bill 1023 in a committee hearing and explained its objectives. This measure establishes the Missouri State Compact Fund to collect fees for interstate transfers of probationers, grants circuit judges jurisdiction over probationers who are transferred into their districts and authorizes judges to amend probation orders from other states. My proposal to permit municipalities to replace breed-specific bans with dangerous dog ordinances, Senate Bill 697,  was voted do pass with my Senate Bill 1200 as a committee substitute to designate the second week of March as Pet Breeders Week in Missouri.

State of the Judiciary

On March 8, Missouri’s chief justice delivered the annual State of the Judiciary to a joint session of the General Assembly in the House chamber. He touted the accomplishments of the past year, explained the challenges of retaining quality employees and introduced Judge Robin Ransom, the first Black woman to serve on the Missouri Supreme Court.

One tradition I’ve carried over from last year is hosting a monthly breakfast for the representatives who also serve our community. This gives us an informal platform to break bread and discuss the challenges and opportunities in our beautiful portion of Missouri.

Members of the Missouri School Board Association (MSBA) were at the Capitol on March 7 to promote their campaign, Missouri’s Future: MSBA’s Student Showcase of Public School Choice. Several schools in the 3rd Senatorial District are listed on MSBA’s website, including Ste. Genevieve R-II and De Soto 73. I enjoyed a nice visit with members of the Ste. Genevieve School Board who provided an update on the district’s outstanding programs and innovative learning opportunities. 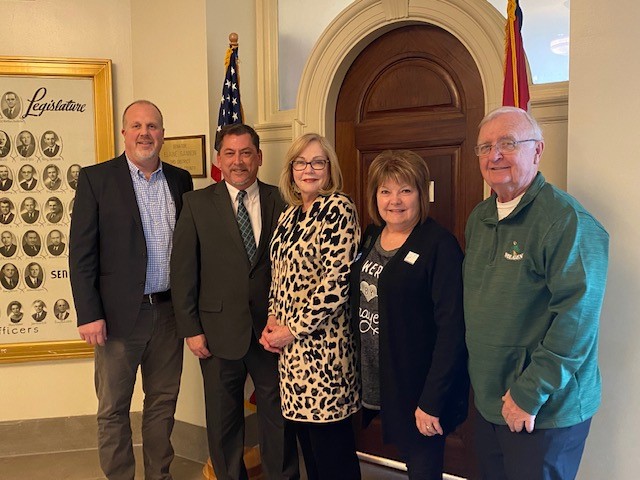 Don’t forget to subscribe to my electronic Capitol report, Keeping Up!