One of the most important tasks before the General Assembly this session is to draw our state’s new congressional districts to correspond with the data from the 2020 Census. Congressional districts contain approximately 700,000 people, must adhere to the Voting Rights Act and are intended to be as contiguous and compact as possible to keep communities, cities and counties intact. The proposed map in Senate Bill 663 proposes a few changes to the boundaries of District 8, adding Laclede, Pulaski and the eastern portion of Taney County and moving Jefferson County to District 3. I suspect these proposals will be changed again as debate on the matter ensues in the upper chamber. Delays in compiling the 2020 Census data prevented legislators from completing this task last year, so now we face a sense of urgency to pass a map before candidate filing begins on Feb. 22.

I’m pleased to report my Senate Bill 698, which extends Medicaid coverage to postpartum women to one year, was voted “do pass” by the Senate Seniors, Families, Veterans and Military Affairs Committee on Jan. 26. My proposal to authorize the Department of Social Services to suspend, revoke or cancel any contracts or agreements with a provider who has committed fraud, abuse or unethical behavior in another state’s Medicaid program, Senate Bill 779, was referred to the Senate Seniors, Families, Veterans and Military Affairs Committee. I also introduced another bill to my colleagues in the upper chamber this week. Senate Bill 1095 ensures that a publisher who licenses an electronic literary product to the public will also offer a similar license to public libraries. 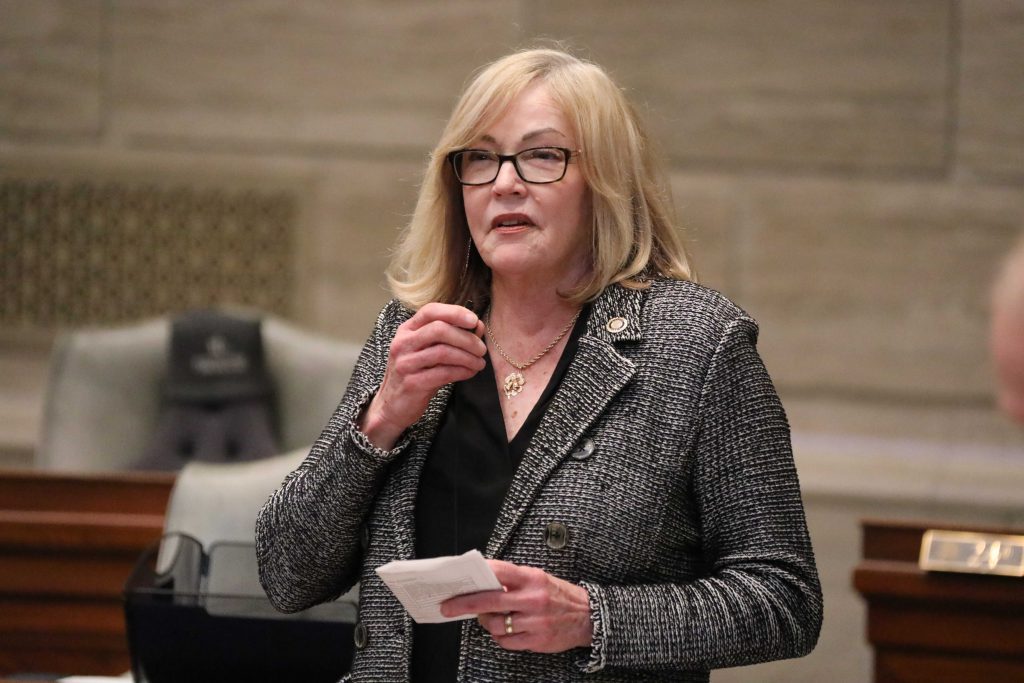 Senator Gannon introduces a bill on the Senate floor.

On Jan. 25, I had the honor of introducing some special guests on the Senate floor who were at the Capitol to advocate for Shepard Mountain in Ironton’s Acadia Valley. It only takes one visit to this beautiful summit and mountain bike park to realize the importance of maintaining and sustaining this economic driver in our community. Thanks for your visit and advocacy! 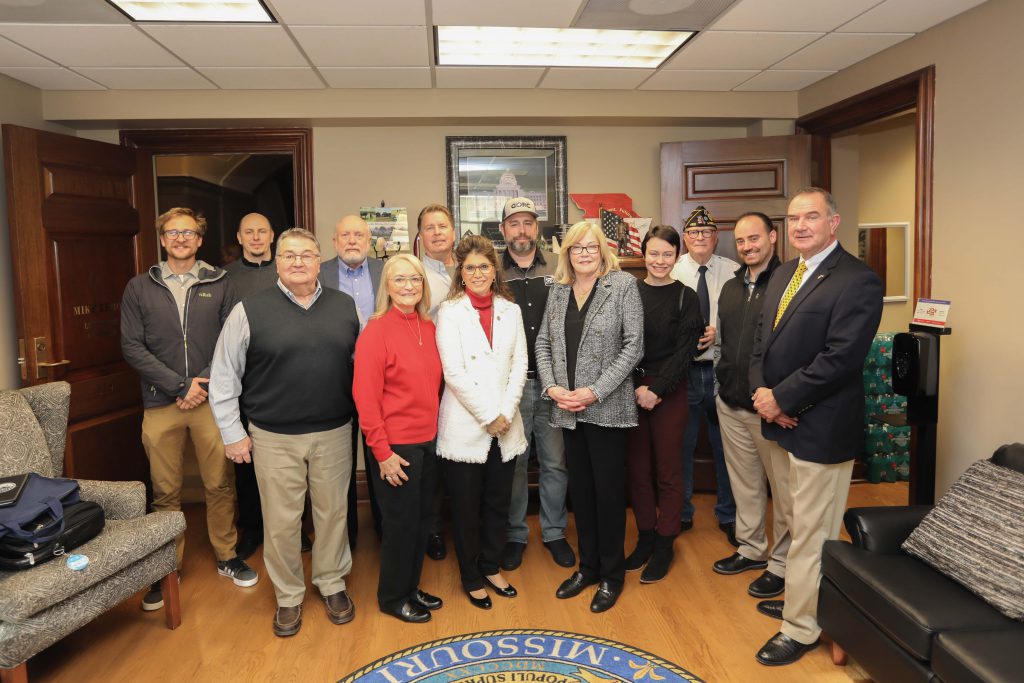 Senator Gannon joins the lieutenant governor and advocates from Shepard Park during their visit to the Capitol.

Please subscribe to my electronic report, Keeping Up, to stay informed on proposed bills and engaged in the legislative process. All you need to provide is your name, city and email address to receive this report in your inbox.