The Missouri Senate has reached an impasse on the proposed maps outlined in House Bill 2117, and its companion, Senate Bill 663. In lieu of the correspondence from our community and the large amount of misinformation that is being spread, I wanted to explain why the “6-2” map is the constitutional, sustainable choice for Missouri.

Over the past couple of election cycles, our state has averaged a nearly 60/40 party split between voters, the first and foremost reason the proposed “8-0” or “7-1” maps aren’t feasible. Our constitution states districts must comply with the U.S. Constitution, the Voting Rights Act of 1965, be “composed of contiguous territory as compact as may be” and preserve communities. According to the Voting Rights Act, St. Louis, with a minority population over 50%, is a “majority minority district,” so it cannot be constitutionally divided to protect minority voting rights. Our largest city, Kansas City, is not a “majority minority district” because only 23% of the population is minority. However, Kansas City is a geographically concentrated community of interest based on social, cultural, ethnic and economic similarities and interactions; therefore, it must stay intact. In my opinion, dividing either of these districts would not only be detrimental to the residents who live there, it would most likely hurt conservative interests in the long run by dispersing left-leaning populations into conservative districts.

The current “6-2” map passed the House and was approved by the Senate Select Committee on Redistricting in January. I believe this map fairly represents Missouri and protects our conservative values. Unfortunately, a few impassioned senators are trying to derail this process and abandon our federal laws and constitution by pushing alternative maps. To rebut these slanted discussions and misinformation about “7-1” or “8-0” maps, I led the 11 women senators in an inquiry about fairness and equity. As a lifelong conservative, I also want to see our values well-represented in Washington, D.C., but not at the cost of gerrymandering, going against our constitution or denying citizens their rights. 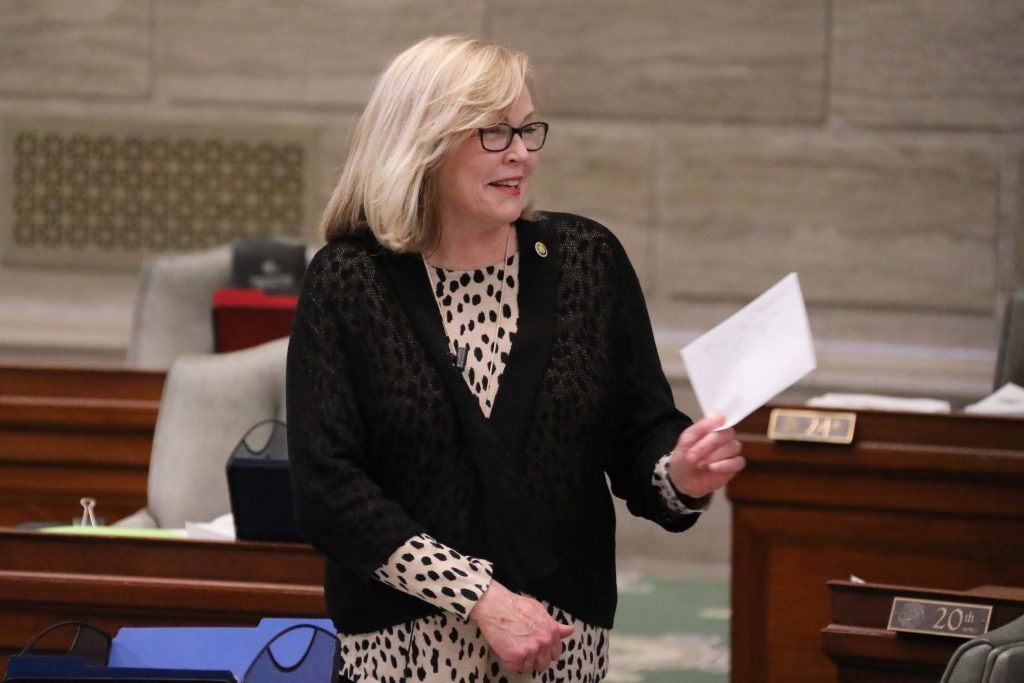 Senator Gannon leads an inquiry on the floor on Feb. 9.

History buffs may want to bookmark “This Date in Missouri Senate History” to listen to audio of some our state’s legislative journey and milestones. On Feb. 9, 1839, Missouri responded to the need for education and established its first public schools. Although many improvements have been made since these first “common schools” opened in the 19th century, education is fluid and requires constant upgrades to keep with the times. I’m honored to help lead that charge!

One of the organizations with a pulse on education is the Missouri Retired Teachers Association. As a proud member, I was honored to submit a video for their annual legislative day, held virtually again this year on Feb. 8. I closed with a little play on Harry S. Truman’s famous quote, “If you can imagine, think, analyze, solve, discover, question, empathize, rationalize or prioritize…thank a teacher!” I will always be a strong voice and advocate for our public schools and hardworking teachers, so please know that you are appreciated and respected for helping the future generation thrive.

Missouri is hosting a cross-departmental event on Feb. 24, “Black History Month Celebration: Honoring the Past, Celebrating the Present.” The keynote is Bob Kendrick, president of the Negro Leagues Baseball Museum in Kansas City.

One of my favorite things is to welcome people from our community and introduce them to my colleagues on the Senate floor. On Feb. 16, I had the honor of introducing Carter and Dustin Murray. Carter is a senior at Farmington High School who job shadowed me for the day and served as a Senate page. His father, Dustin, is the principal at St. Paul Lutheran School in Farmington. Carter did a fantastic job at the Capitol and will be a great asset to Westminster College next year. 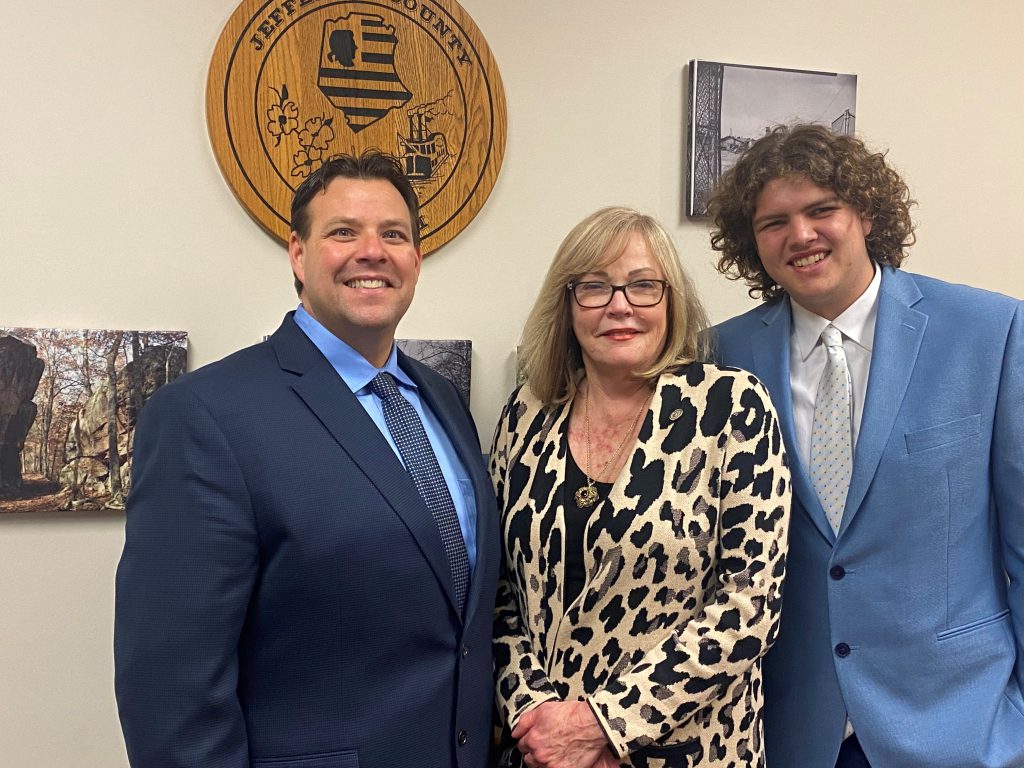 Dustin Murray, Sen. Gannon and Carter Murray discuss the procedures of the Senate during their visit to the Capitol.