Returning to the Capitol

I returned to the Capitol late Sunday afternoon to prepare for the busy week that always follows our spring recess. On March 23, I presented Senate Bill 953 to the Senate Commerce Committee for consideration. This legislation removes the fixed dollar penalty for those who violate natural gas safety standards and replaces it with the maximum amount determined by the U.S. Secretary of Transportation. The Public Service Commission testified in support and explained the current penalty is well below the federal level and may not be enough of a deterrent. Removing this provision from the current statute will align us with the federal standard when it comes to these penalties.

Later that day, I presented Senate Bill 1178 to the Senate Seniors, Families, Veterans and Military Affairs Committee. This measure makes trafficking abortion-inducing drugs a felony offense when acquired for use to induce or perform an abortion in violation of state or federal law. As I presented the bill in committee, I emphasized how dangerous it is for women to use these drugs outside of a medical setting without the care of a trained physician. During the hearing, one witness testified that you can buy these drugs on an online shopping portal.

Two of my proposals, Senate Bills 756 and 938, are on the formal calendar for perfection and debate, and Senate Bill 823 is on the informal calendar. Aside from this week’s legislative activities, we had a busy week filled with multiple visitors, advocacy rallies and award ceremonies in the Rotunda.

On Feb. 18, I was honored to join the other legislators from our community for the annual Eggs and Issues event, sponsored by the Carthage Chamber of Commerce. Informal events like these are ideal for conversations about local concerns and statewide legislation. 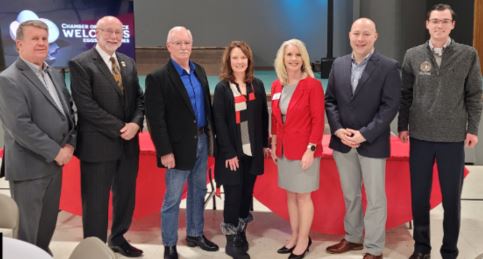 On March 14, I presented a resolution to Webb City’s director of parks and recreation to honor his retirement from the department in May. Tom Reeder has devoted 14 years of service to enhancing the city’s parks, including the construction of the Splash Pad, Polar Bear Express and the Farmers Market. 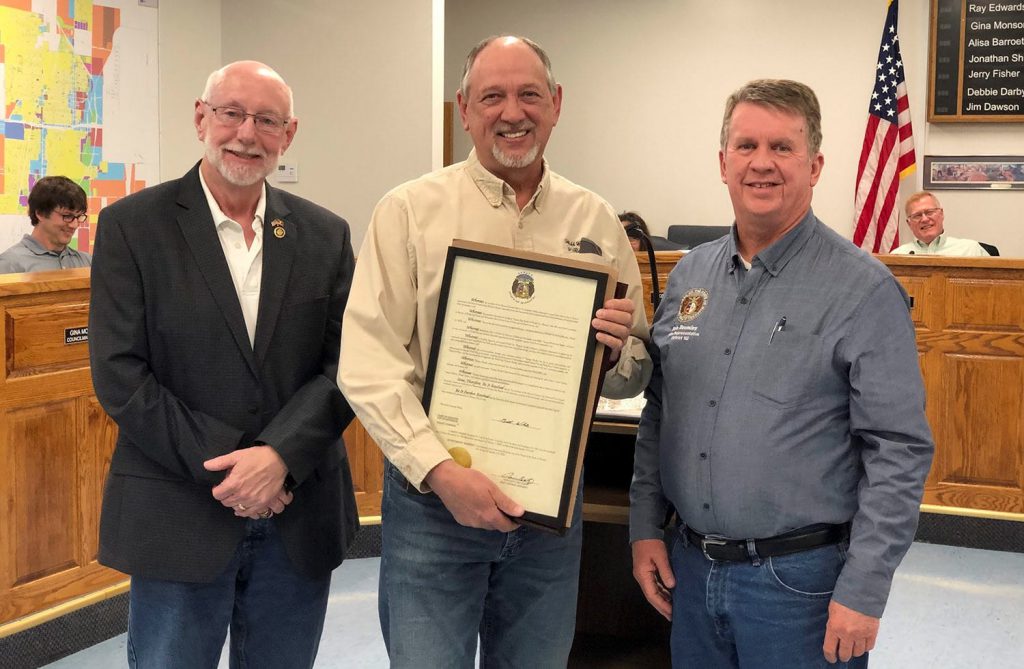 On March 24, I was honored to join my colleagues in congratulating Sharon Beshore for receiving the Lieutenant Governor’s Women of Achievement Award. Sharon is a lifelong volunteer and community leader in Joplin who is very involved in our community’s art programs. 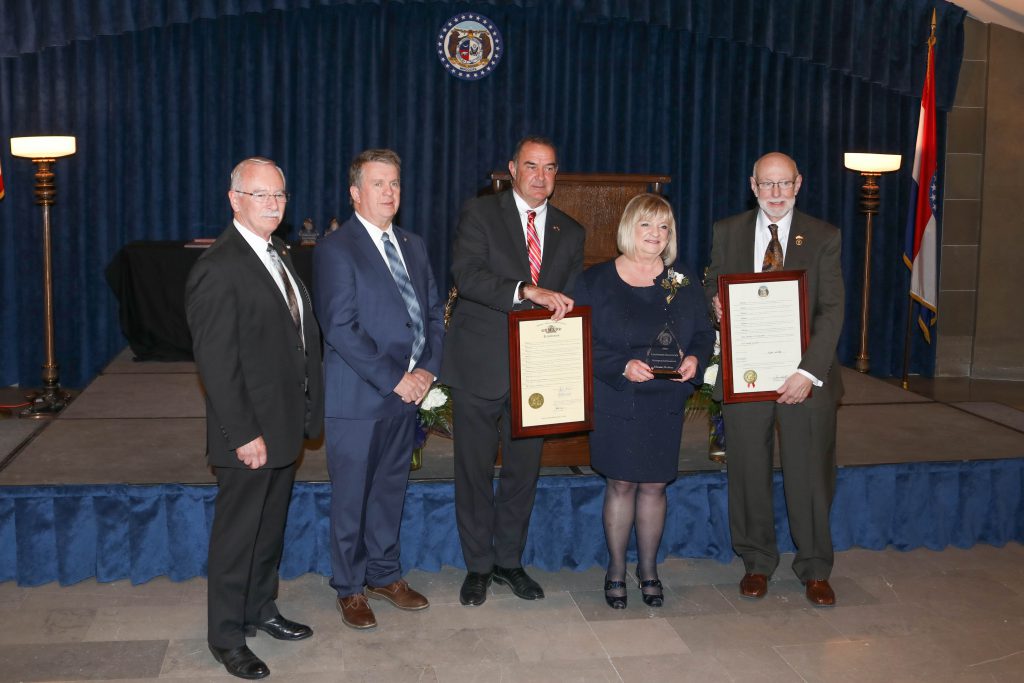 Honored to Meet with You

What an honor it is to meet with members of our community who travel to Jefferson City to participate in the legislative process. Below are a few highlights. 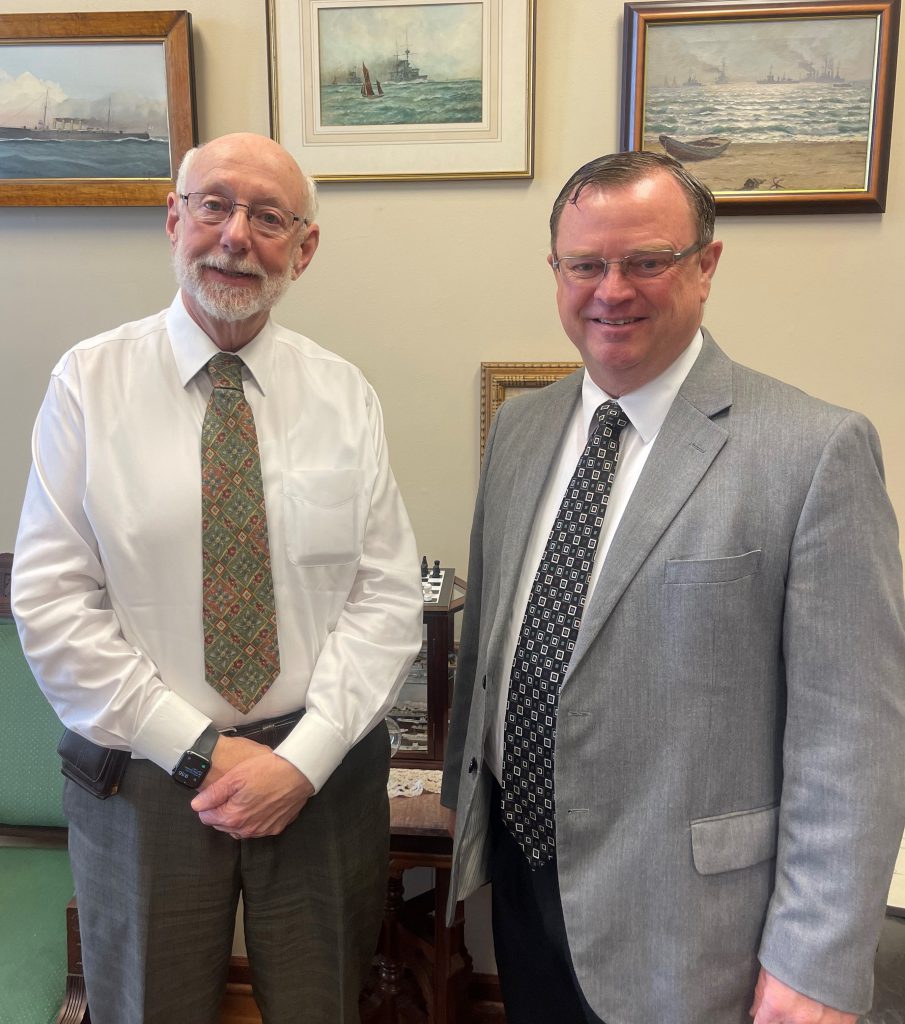 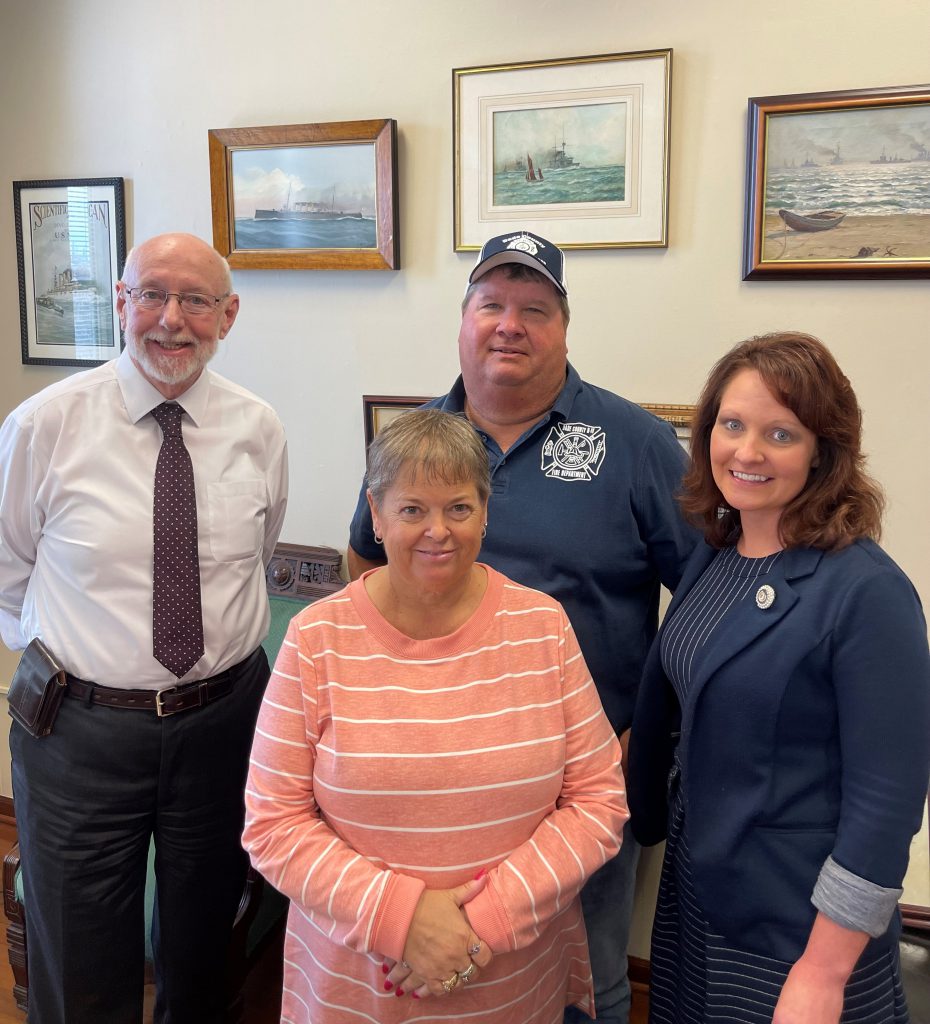 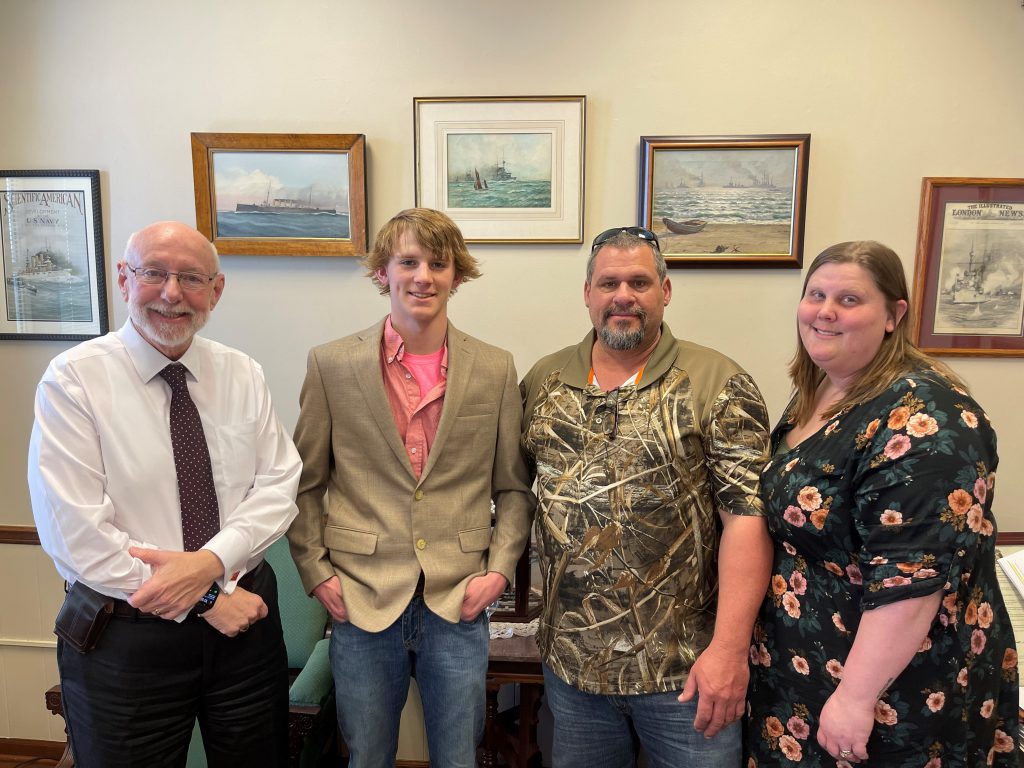 Senator White meets with Riley, Chris and Christina Huff, who testified at a House hearing on March 21. 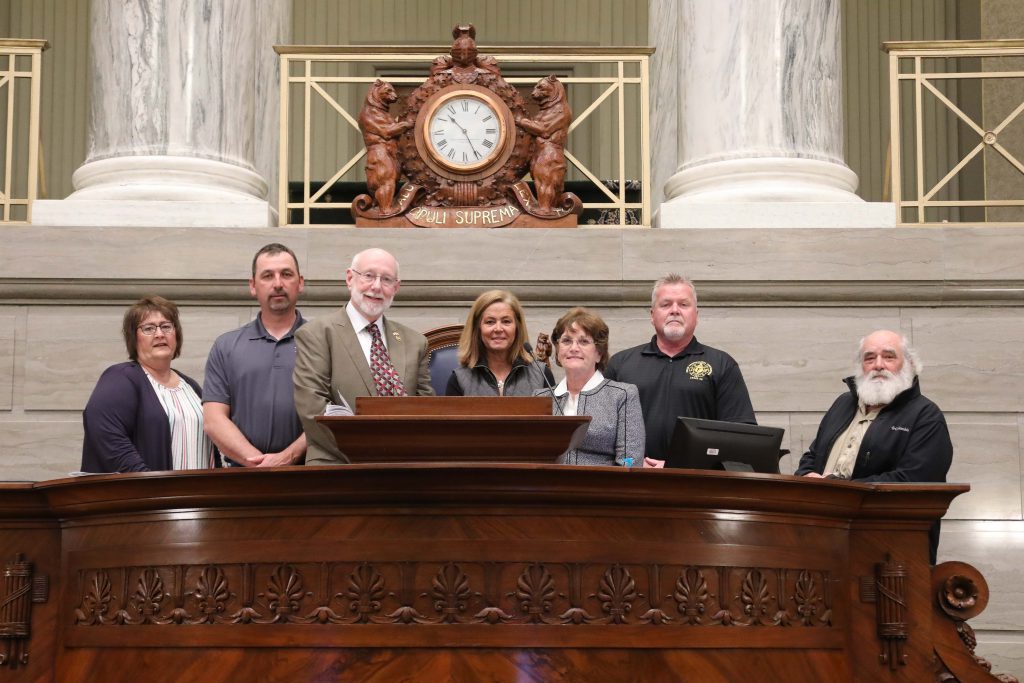 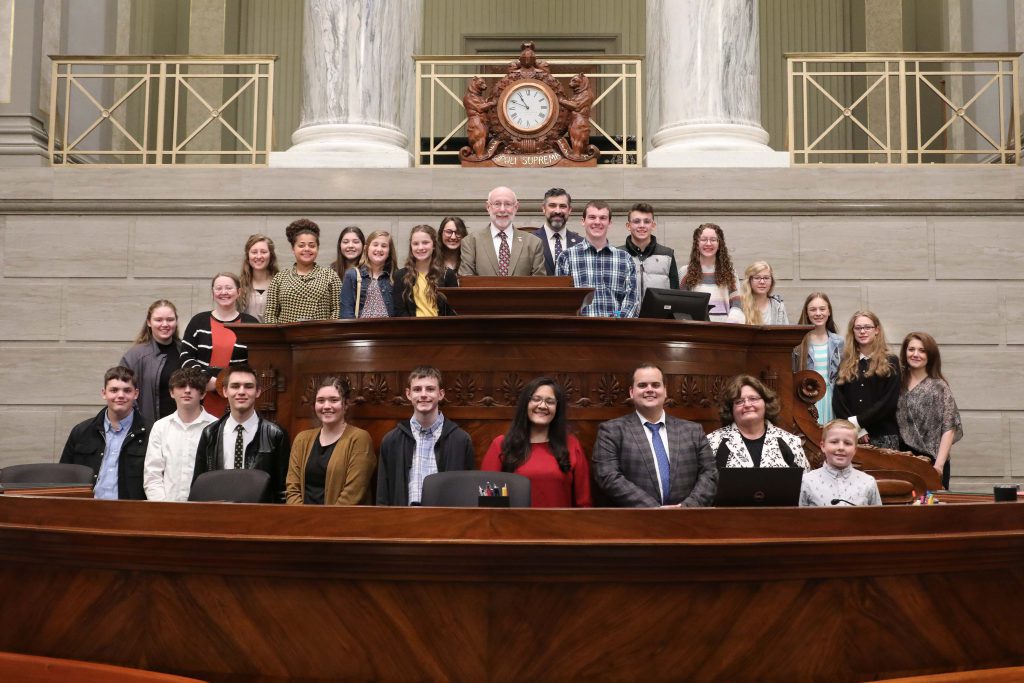 Senator White introduces staff and students from Neosho’s Ozark Christian Academy on the floor of the Senate before taking this photo with Rep. Baker. 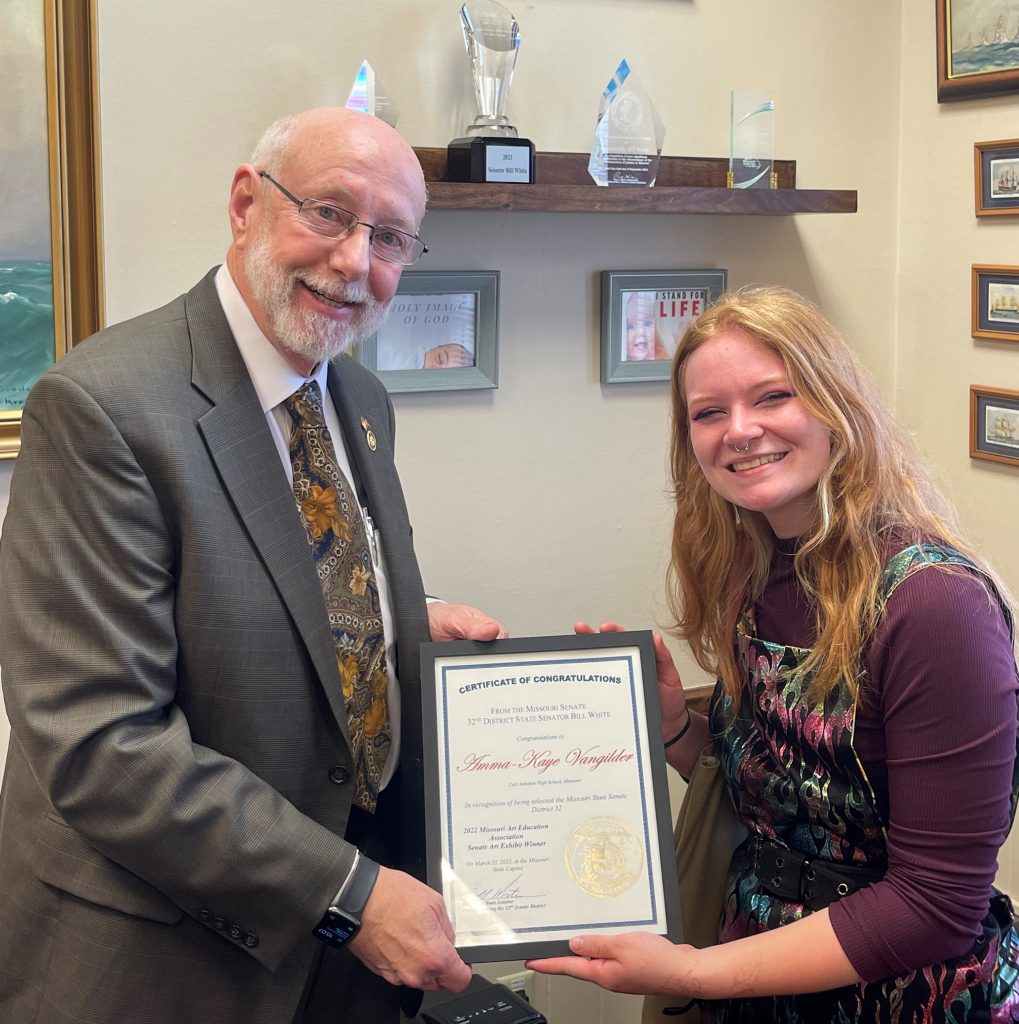 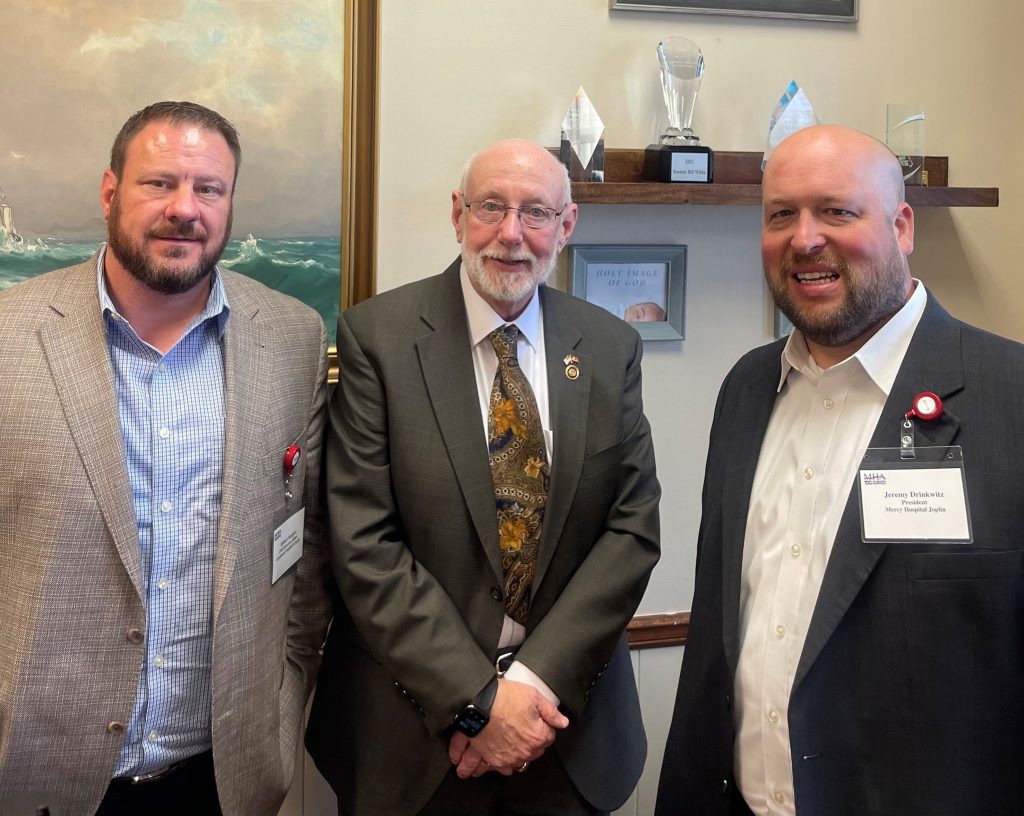 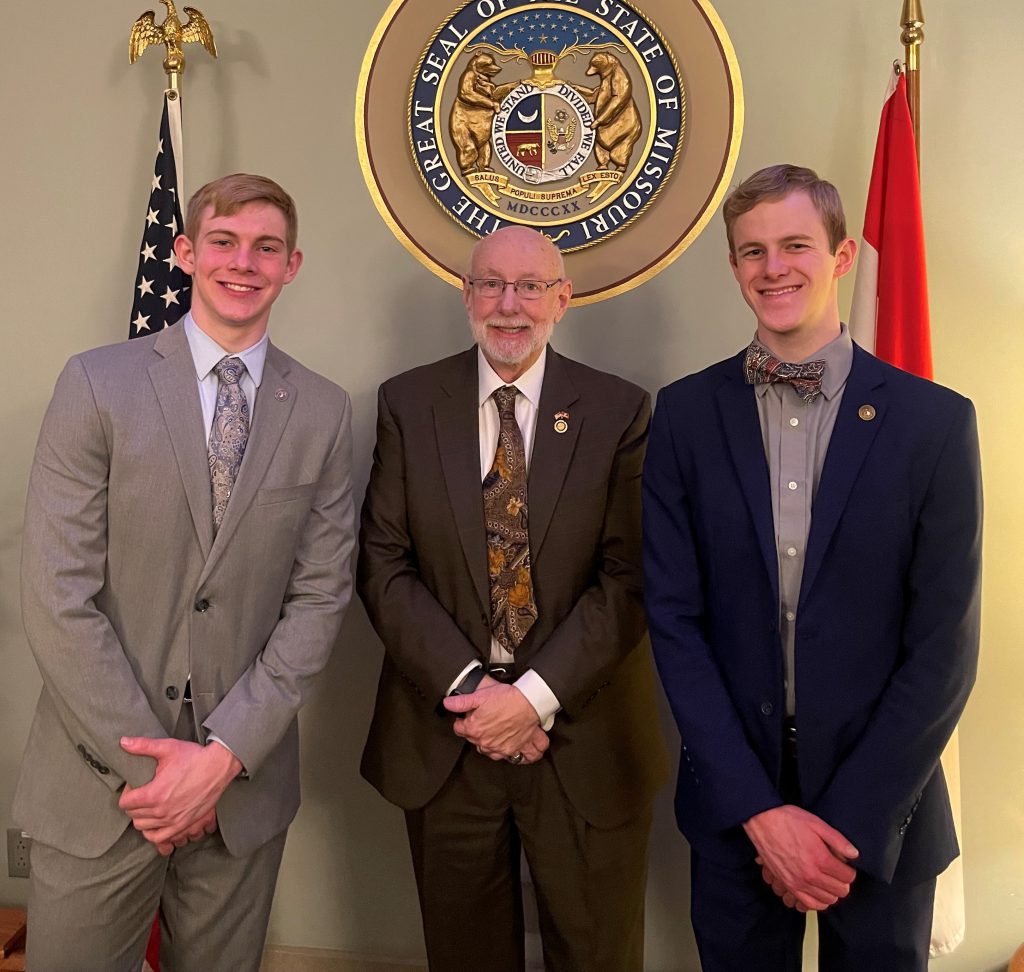 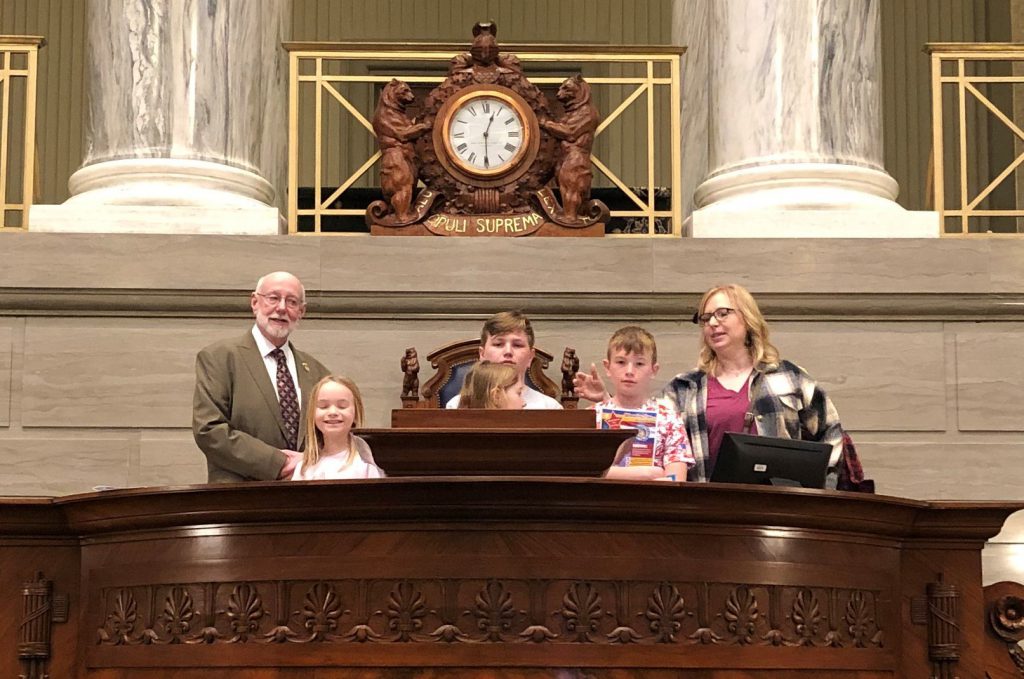