Making Up for Lost Time

The past few weeks have been marred by inclement weather and stalled discussions on the floor of the upper chamber, but we returned to Jefferson City on Feb. 22 determined to make up for lost time. We succeeded with two days jam-packed with back-to-back hearings, during which I was able to advance four more proposals.

On Feb. 23, I explained the goals of Senate Bill 756 to members of the Senate Commerce, Consumer Protection, Energy and the Environment Committee. Supported by all of our state’s major electric providers, the proponents who testified at the hearing touted the benefits of extending the sunset on the economic incentive discount rates passed in 2018, which have led to rate affordability, smarter technology, grid modernization, rapid outage support and job growth in our state.

That afternoon, I presented my Senate Bill 757 to the Health and Pensions Committee. This proposal adds psychiatry and dental services to the medical student loan program and definitions of primary care, and it increases the amount a student may borrow each academic year toward obtaining a medical-related degree. 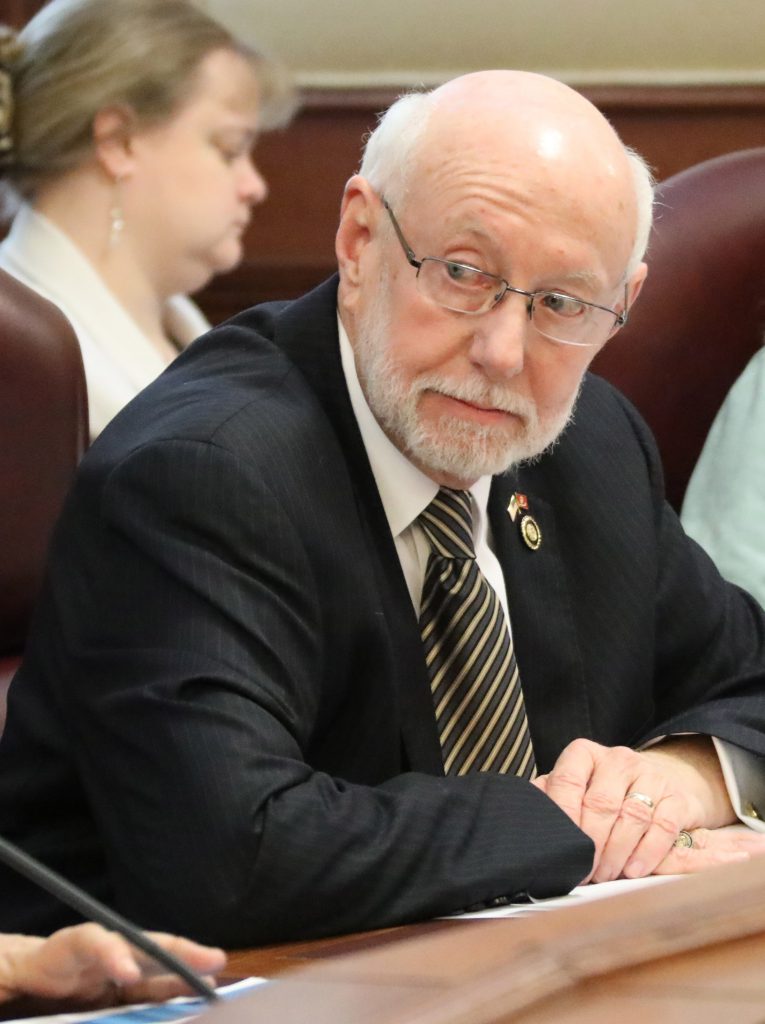 Senator White listens to proponents during the hearing for SB 882.

Finally, I presented my military affairs bill to my fellow senators on the Seniors, Families, Veterans and Military Affairs Committee. One of my top priorities, Senate Bill 882, establishes a state-level Missouri Orange Heart Medal to honor those effected by exposure to Agent Orange during the Vietnam War, adds questions about a military member’s immediate family to state forms and allows active duty service men and women to choose the school their child attends. This omnibus bill also creates a one-stop-shop website for all services related to the military and directs the Division of Professional Licensing to maintain an easily accessible website of rules and regulations for professional licenses. This committee also passed my Senate Bill 823 to provide further protections to children in protective care under the Department of Social Services.

Following two days of heavy downpours in March of 2021, two members of Highway Patrol Troop D’s Water Patrol Division saved four people from drowning in dangerous floodwaters. Thanks to professional training and quick reflexes, Sgt. Walter Burr, Neosho, and Cpl. Kotter Kasischke, Stella, pulled four stranded motorists from flooded vehicles, saving their lives. I was honored to present these two lifesavers with a resolution and introduce them on the floor of the Senate. These two brave officers were also awarded with the Department of Public Safety’s September 2021 Sworn Team Member of the Month. 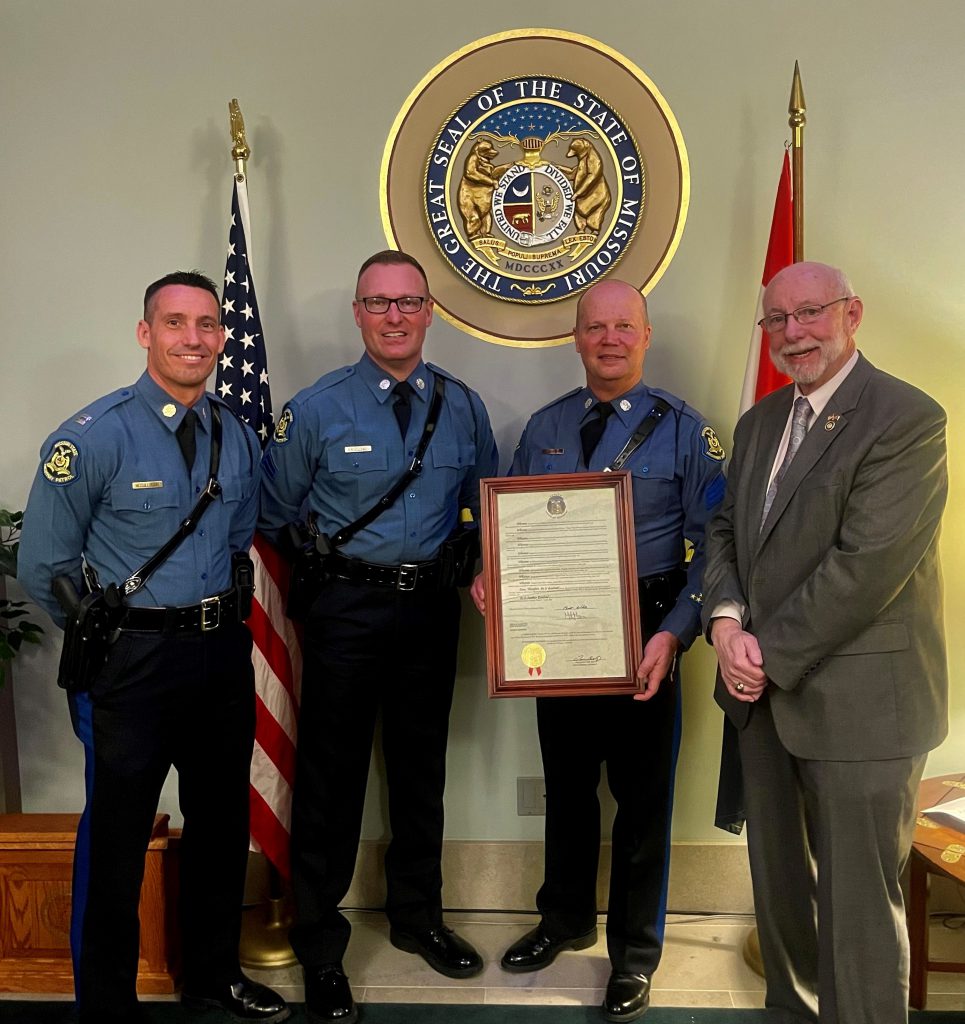 The halls of the Capitol were filled with a sea of navy blue blazers on Feb. 23 as local FFA chapters made their way to Jefferson City to celebrate National FFA Week Feb. 19-26. The governor, lieutenant governor and several department heads joined in a tractor parade to the Capitol to ceremoniously proclaim National FFA Week in the Show-Me State. Missouri chapters are 25,920 students strong who work to achieve academic and personal growth, while helping to strengthen agriculture in our state. 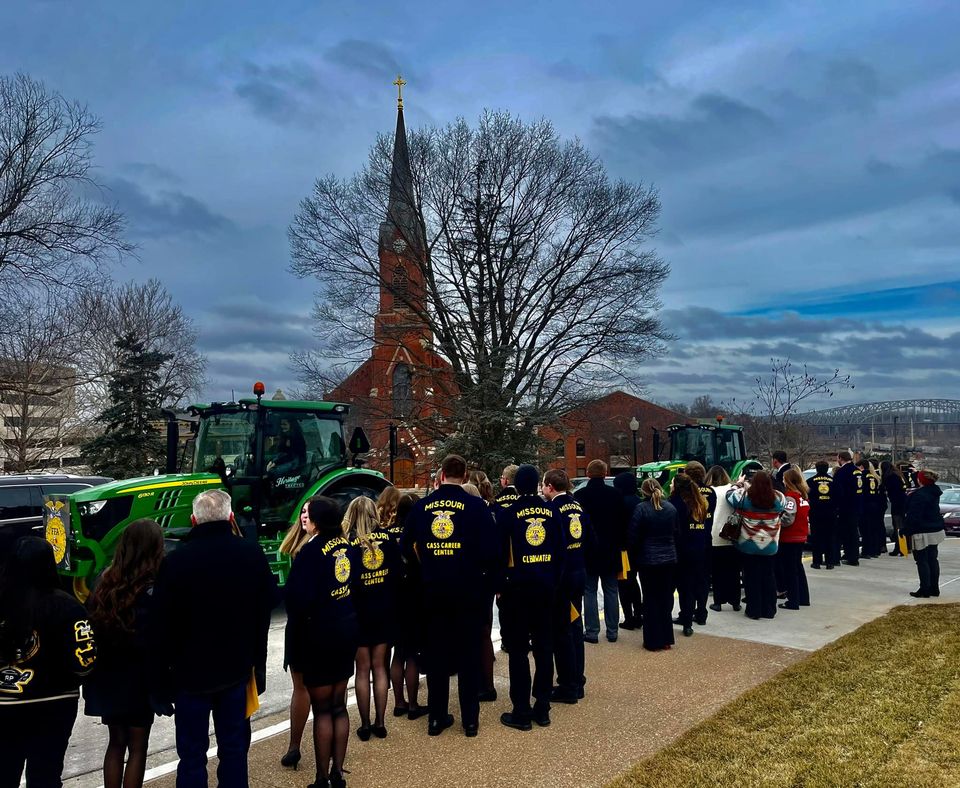 Community Members Gather at the Capitol

Local Missouri Municipal League members gathered at the Capitol for their annual legislative conference on Feb. 15. I was pleased to be briefed on some of the happenings in Carl Junction by several of the city’s leaders who attended the event. 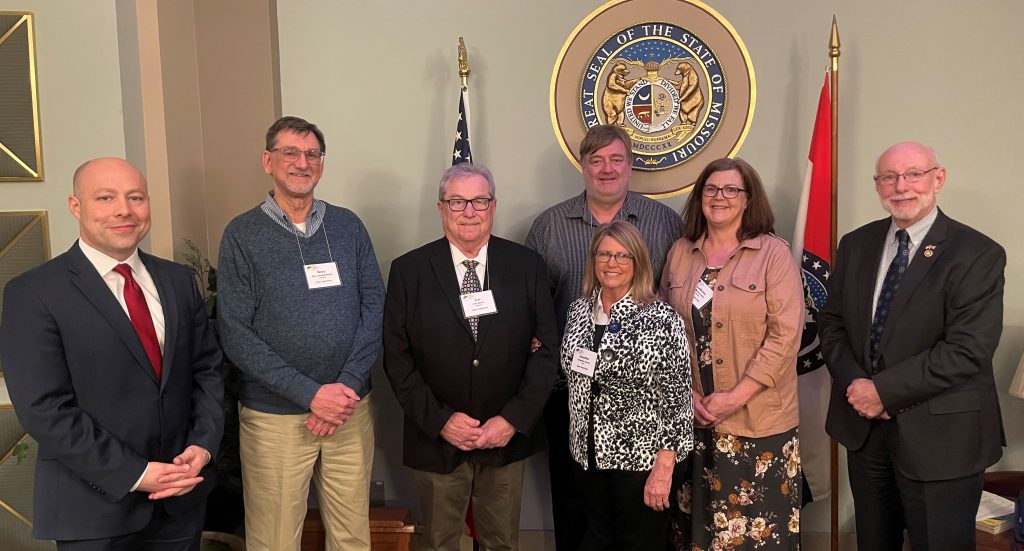 Representative Cody Smith, Gary Stubblefield, Jim and Jennifer Gozia, and Stewart and Ladonna Allen meet with Sen. White during their visit to the Capitol.

Between committee hearings and floor discussions on Feb. 23, I was able to visit with the team from Fair Acres Family YMCA in Carthage. 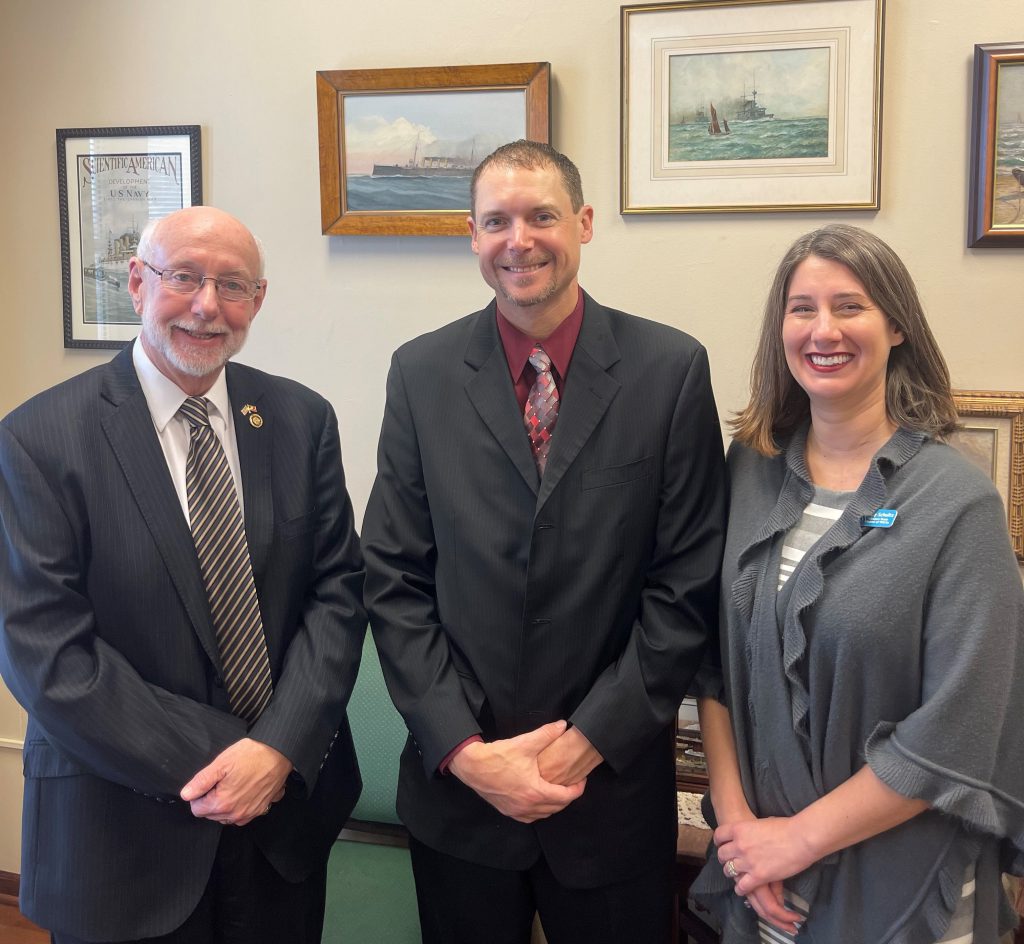 Senator White visits with Jonathan Roberts and Kelly Schultz in his office.

I was honored to introduce a father/daughter duo of ophthalmologists from Joplin to my colleagues on the floor. They were in Jefferson City for the MO Society of Eye Physicians and Surgeons (MoSEPS) lobby day. 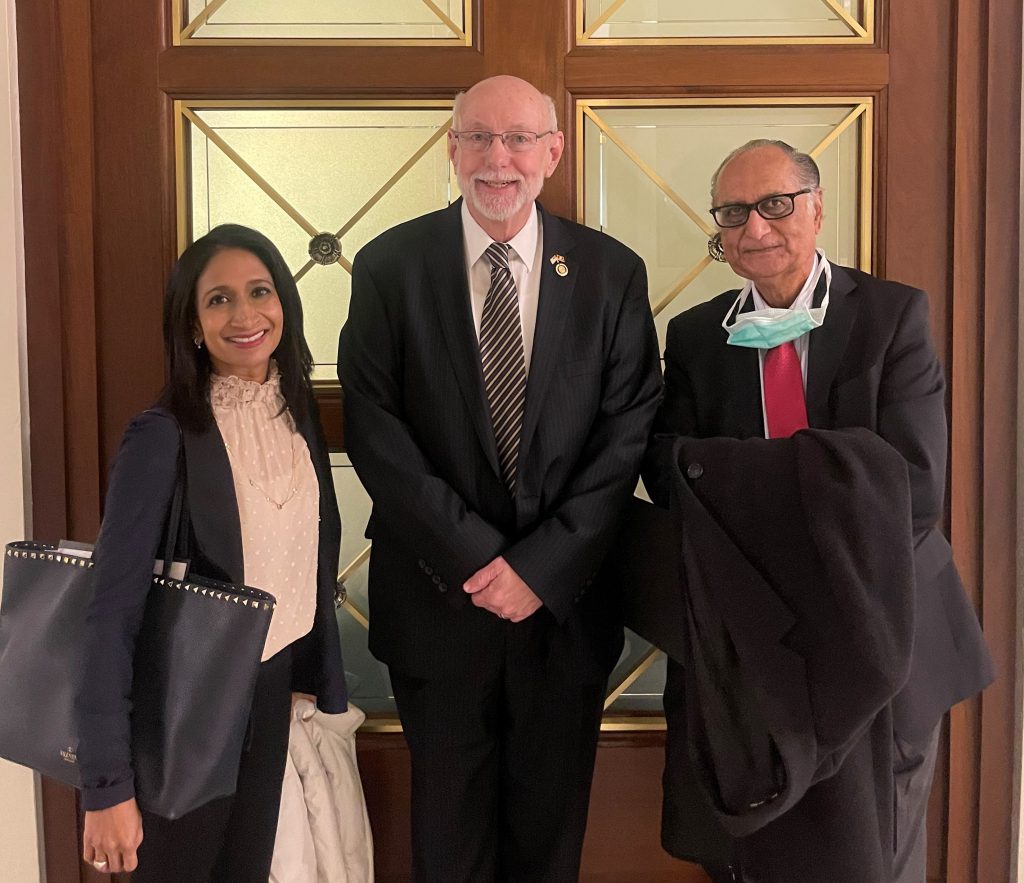