Taking it to the House

Since my last report, I have had the opportunity to introduce my Senate-passed proposals to the House of Representatives for its consideration. On April 14, I presented my child protection legislation, Senate Bill 823, to the House Special Committee on Public Policy, and the committee voted to pass the bill on April 21. On April 20, I explained the benefits of my Senate Concurrent Resolutions 28 and 34 to the House Veterans Committee, and the committee members passed both resolutions. Senate Current Resolution 28 urges the president to designate a state funeral for the last WWII Medal of Honor recipient upon his death, and SCR 34 calls on Congress to add Newtonia Battlefields to Wilson’s Creek in the National Park Service. My utility modernization bill, Senate Bill 756, passed the Senate and has been referred to the House Financial Institutions Committee. I anticipate presenting that bill in committee soon.

In the upper chamber this week, several of my proposals are on the perfection calendar, so I look forward to debating them with my colleagues. Included on this calendar are my Essential Caregiver Program Act, Senate Bill 671, my proposal to make trafficking or importing abortion-inducing drugs and devices a felony offense, Senate Bill 1178, and my assistant physician license legislation, Senate Bill 938.

The Senate Appropriations Committee began the arduous mark-up process of our state’s operating budget for Fiscal Year 2023 this week. In addition to weighing in on the line-item recommendations from the governor and House of Representatives, the committee will discuss the appropriations of our state’s American Recovery Plan Act funds. The Legislature is constitutionally required to pass a balanced operating budget each fiscal year. After the Senate agrees on its recommendations, the House will have another chance to accept the changes or call for a conference committee.

Have you or someone you know celebrated the milestone of turning 100 years old? Consider submitting a registration form to honor and celebrate centenarians’ special contributions to the state. Missouri Century Club members will receive a letter from the governor and a special declaration from the lieutenant governor. For additional information or assistance, call 573-751-6499.

Welcoming the Residents of the 32nd Senatorial District

During these hectic last weeks of session, nothing recharges my Senatorial battery like meeting with the members of our community who travel to the Capitol and stop by my office to visit. Thanks for sharing your stories and updating me about the issues that matter to you! 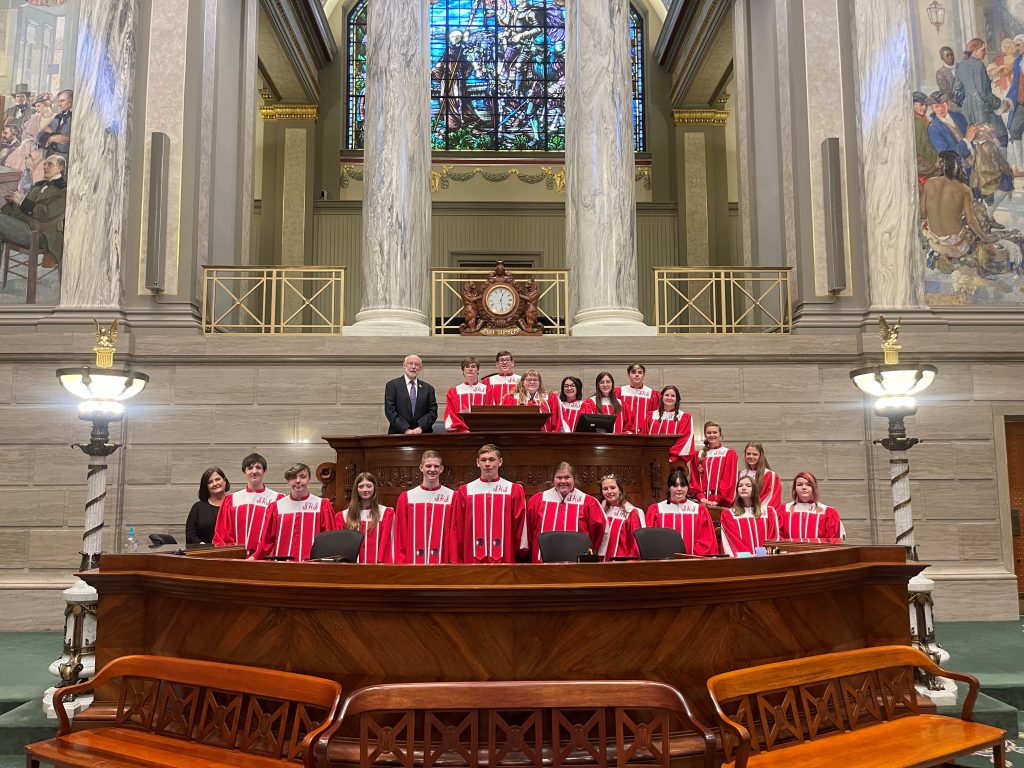 On April 19, the choir from Seneca High School performed at the Capitol. 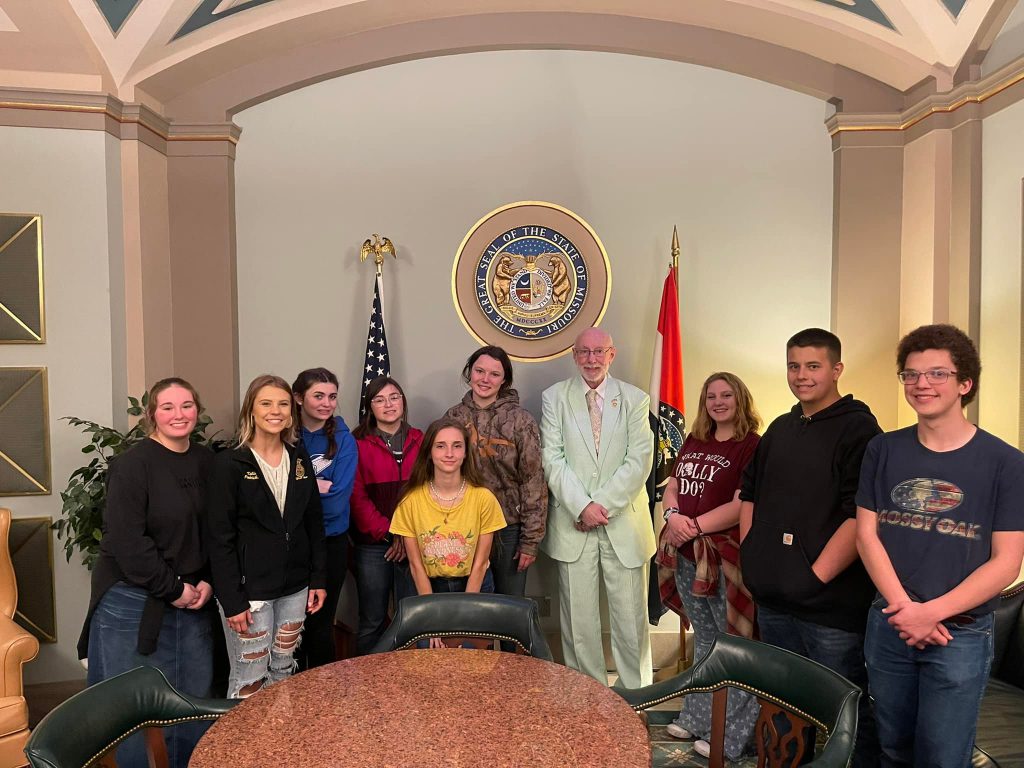 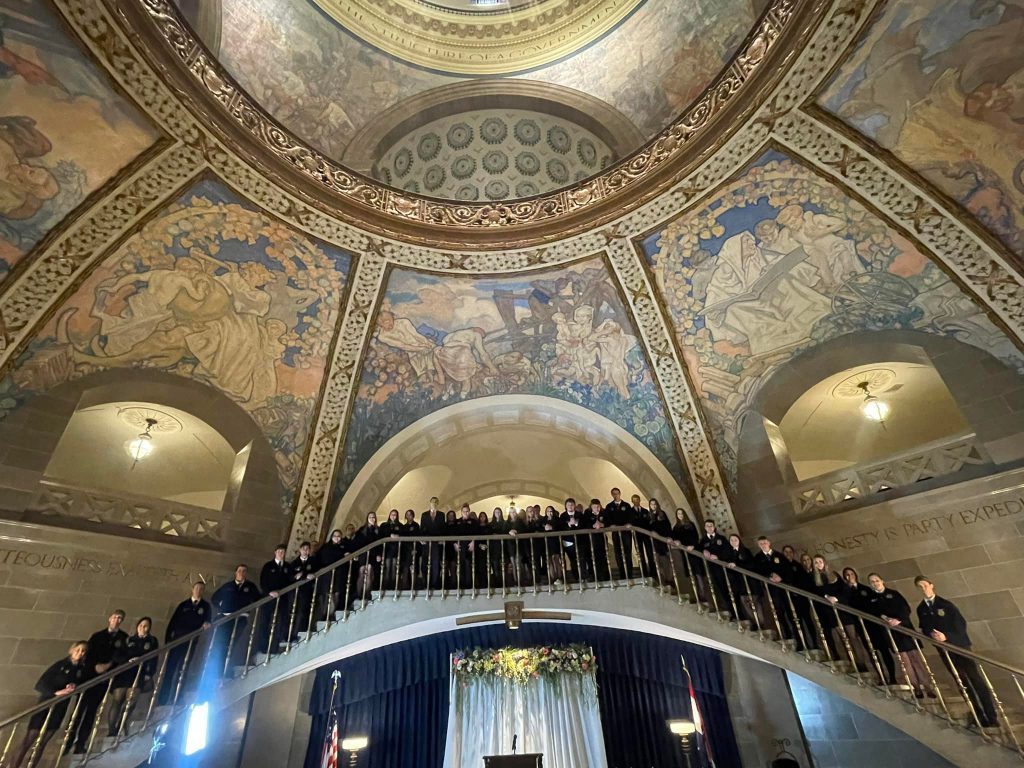 Several schools from our community competed in the FFA state convention this week. Standing on the steps of the Capitol Rotunda are FFA members from Diamond, Neosho and Seneca high schools.