One of April’s national observances is the Month of the Military Child, a time for communities across our state to come together and celebrate the nearly 11,000 children of military personnel who call Missouri home. The dome of the State Capitol will “Purple Up” on Thursday, April 15, to honor and highlight the sacrifices these children make while their parent serves our country. If you find yourself out and about on Thursday, consider wearing purple to show your support, too.

Before the dome was illuminated purple, we had some colorful exchanges of our own in the Senate Chamber this week as the days turned into night and then back to day. Having 34 independent thinkers agree on anything is nothing short of miraculous, but we were able to make some hard decisions, reach a consensus and advance several more pieces of legislation through the process.

Two of my bills advanced and were passed by the Missouri Senate on April 15. My Senate Bill 44 was three years in the making and has been thoroughly vetted by all parties involved. The proposal streamlines and expedites the regulatory process, reduces the cost of water and sewer infrastructure projects and curtails sudden utility rate hikes. My bill to update and align roles within the Department of Corrections, Senate Bill 212, also passed. In addition to making administrative changes to the Missouri Department of Corrections, the legislation allows for the provision of feminine hygiene products for female inmates and medication-assisted treatments to offenders who have substance use disorders.

I had the opportunity to present my children’s hearing aid bill, Senate Bill 43, to the House Health and Mental Health Policy Committee on April 12. I hope the members will “do pass” the measure soon to help Missouri families afford these expensive, vital instruments that must be replaced periodically as their child grows.

On April 14, the Seniors, Families, Veterans and Military Affairs Committee had a solemn and somewhat heartbreaking discussion of House Bill 557. The proposal came about as a result of allegations of abuse from former residents of a Missouri religious boarding school that was exempt from oversight and licensure due to its status as a religious institution. The media exposure signaled legislators, state departments and advocates to delve into the situation and discern how this facility went unregulated by the Department of Elementary and Secondary Education and unchecked by the Division of Family Services. A parade of multi-state witnesses testified in support of the bill, which passed out of the House by a vote of 148-1.

The 2021 Annual Legislative Softball Tournament was a huge fundraising and fun-raising success. Approximately $11,000 was collected to support a local charity and food bank, the Samaritan Center. My sponsored team, the Slaying Staff, managed to put a few runs on the board, but if points were tallied for the most laughs, this team definitely hit a grand slam. 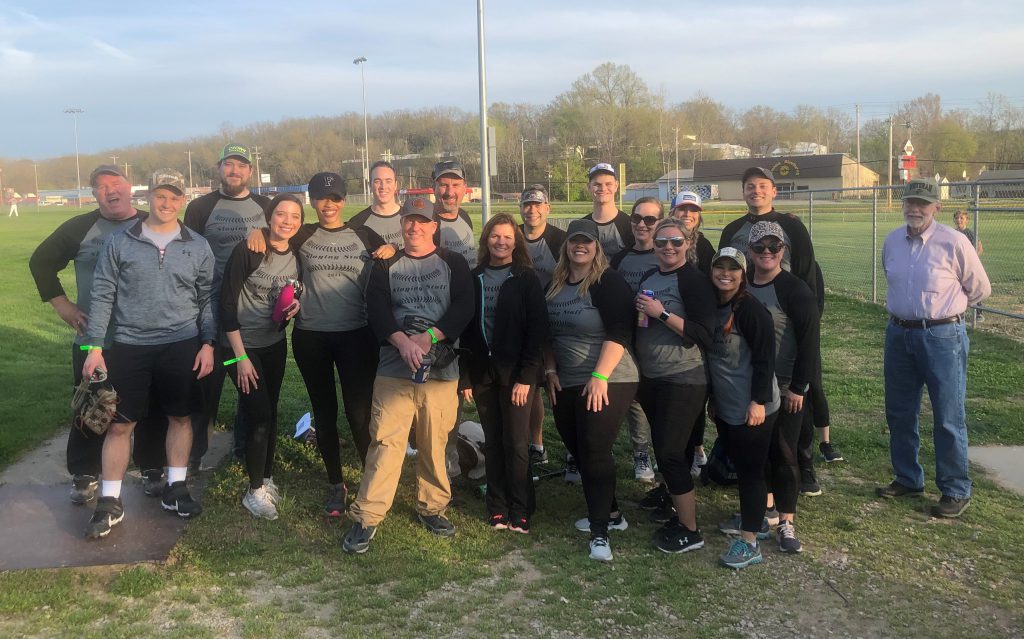 The Slaying Staff softball team poses with Sen. White in between games at the 2021 Legislative Charity Softball Tournament on April 14.

The halls of the Capitol are slowly starting to fill with more visitors as a larger percentage of our population gets vaccinated against the virus and advocacy groups resume hosting their legislative days in the State Capitol. This is a welcome sight for me, and I thoroughly enjoy meeting with members of our community who are visiting Jefferson City. Below are a few of this week’s highlights.

Senator White visits with members of the Neosho FFA and wishes them luck as they prepare to attend and compete at the Missouri State FFA Convention on April 15-16. 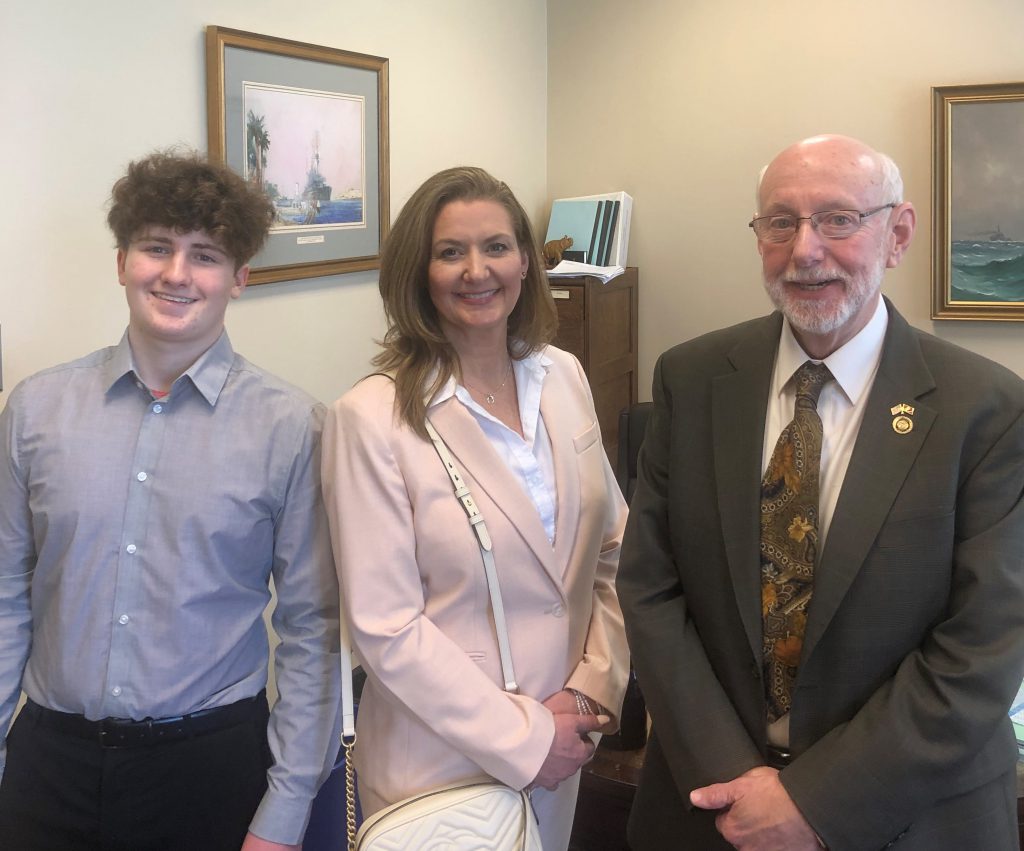 The executive director from the Lafayette House, Susan Hickam, and her son Reese, visit with Sen. White and advocate for victims of domestic violence.