Sen. Sandy Crawford’s Capitol Report for the Week of March 28

This week, three of my bills were heard in committee. Senate Bill 1096 was heard in the Missouri Senate Insurance and Banking Committee. This measure would modernize several aspects of state law to enhance how the Missouri Division of Finance operates. It gives them the authority to provide helpful guidance for the banking industry.

Also, Senate Bill 1088 and Senate Bill 1144 were both heard in the Missouri Senate Local Government and Elections Committee, which I chair. Senate Bill 1088 seeks to modify provisions relating to the salaries of public administrators. Public administrators are charged with the care of individuals who are deemed incapacitated or disabled. I believe their compensation should reflect the job as a fulltime decision-maker for Missouri’s most vulnerable. Senate Bill 1144 allows a county collector to hold an auction of lands with delinquent property taxes through electronic media at the same time as said auction is held in-person. I look forward to all of these bills making their way to the governor’s desk this year. 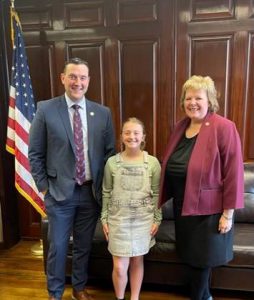 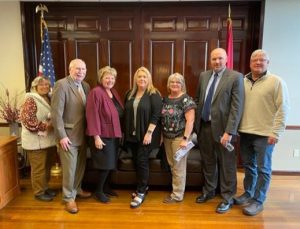 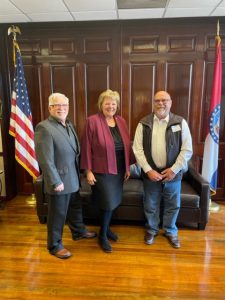 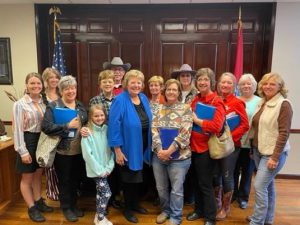 Missouri Cattlewomen’s Day at the Capitol 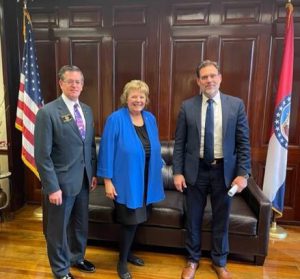 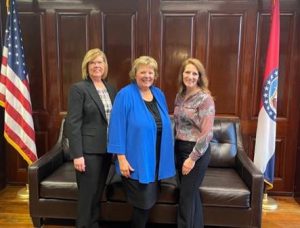 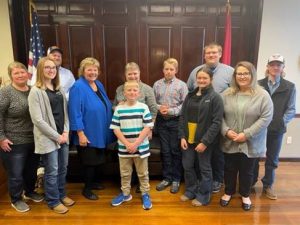 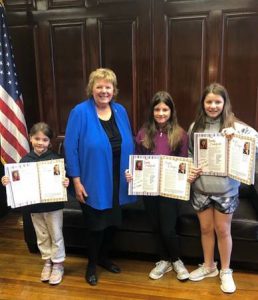 Missouri Senate Sgt.-at-Arms Marty Drewel
brought his granddaughters Landry, Ellie and Avery by
to visit with Sen. Crawford and have their “You Can, Too!”
book signed. 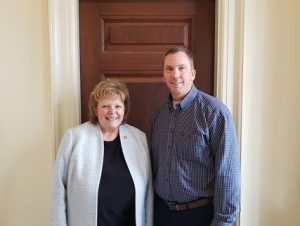 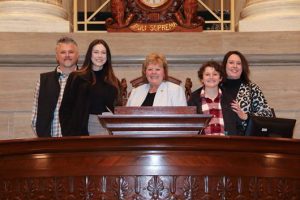 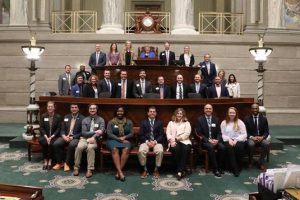 Senator Crawford was privileged to speak to the
Columbia Leadership class, which visited the Capitol this week.