Sen. Sandy Crawford’s Capitol Report for the Week of Jan. 17

We had a busy and productive week in the Missouri Senate. The Local Government and Elections Committee, which I chair, held an informational meeting concerning the elections process to kick off the year. We heard a lot of good testimony from county clerks and the secretary of state. There have been quite a few questions about election integrity, and my committee will be reviewing all election-related legislation throughout session.

The governor also delivered his annual budget address to lawmakers, commonly referred to as the State of the State address. Some of the highlights of his remarks include a potential tax cut, thanks to Missouri’s economic performance. Missouri is now three-quarters finished with repairing or replacing 250 bridges in critical need of repair across Missouri. He is also asking the Legislature for $75 million to continue the state-local cost-share program and $100 million to improve low-volume roads and minor routes across Missouri.

In addition, the governor has made a $400 million request to increase broadband access, the largest single investment in state history, which would connect 75,000 households with high-speed internet, and $30 million to construct and upgrade cell towers and wireless networks. The governor highlighted the $94 billion economic impact agriculture has on the Show-Me State and how it provides for nearly 460,000 jobs. He is asking for $10 million to expand agriculture innovation and workforce programs. 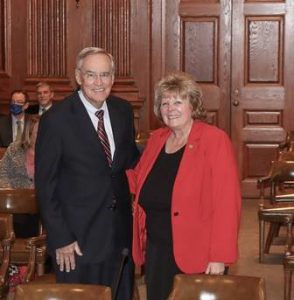 W. Anson Elliott (Dallas County), who was confirmed by
the Senate as a member of the Missouri State
University Board of Governors, and Sen. Crawford. 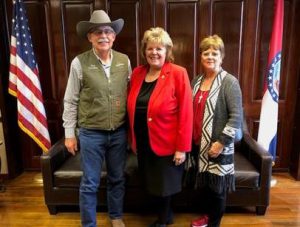 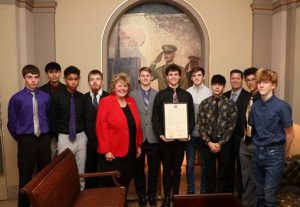 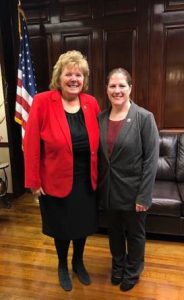