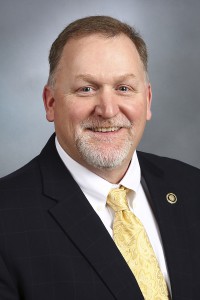 Senator Schatz is a member of the Temple Baptist Church and a Life Member of the NRA. He has served on the Spring Bluff School District Board and volunteered in area youth sports as a coach.

Senator Schatz is a 1982 graduate of Sullivan High School.

Born Nov. 28, 1963 in Sullivan, Sen. Schatz currently resides there with his wife, Chara. They have five children: David and his wife, Stephanie; Daniel; Devon; Dana; and Dailee, and two grandchildren: Caden and Nolan.