Missouri will officially celebrate the 200th anniversary of its admittance into the Union as the 24th state on Aug. 10, 2021, however, many of the corresponding events and activities are underway across the state in preparation for this historic milestone. In this column, I will discuss some of these events and review a few of the intricacies that make our 200-year journey of statehood so unique.

Unlike other states, our story begins with compromise. In 1820, Congress voted to pass the controversial Missouri Compromise, admitting our state into the union as a slave state to balance Maine’s admittance as a free state. The First General Assembly convened before our statehood was ratified in 1820, and consisted of 18 senators and 50 representatives. The first senator to represent southwest Missouri was Benjamin F. Massey, who served a single term from 1843-47 and was elected secretary of state from 1856-1864. In those days, Ozark settlers in southwest Missouri were predominately part-time farmers, herders and hunters. According to the U.S. Census Bureau, Missouri’s population in 1820 was 66,586.

During the 19th century, several monumental developments carved our place in history. In 1822, the Missouri mule gained popularity for its strength and hardiness, and in 1826, the State Capitol moved to Jefferson City in accordance with the state constitutional requirement for it to be centrally located near the convergence of the Osage and Missouri rivers. In 1839, the University of Missouri was founded and would later be renowned for its journalism school and for creating the tradition of “homecoming.” Lead and zinc smelting plants dotted the terrain of southwest Missouri following the discovery of lead ore near Joplin in 1848, launching an economic boom in our region. Our beloved George Washington Carver was born in 1860 in Diamond, and later developed techniques to improve depleted soil conditions from repeated cotton plantings, among many other accomplishments. The Civil War raged from 1861-1865, spilling blood onto the fields and hills of more than 1,200 battlegrounds in Missouri. In 1884, one of Missouri’s most famous sons, Mark Twain, published “The Adventures of Huckleberry Finn.” The vigilante Baldknobbbers formed in 1885 to fight lawlessness in our corner of the state, and the genre of ragtime would be catapulted by the release of Scott Joplin’s “Maple Leaf Rag” in 1899.

By our centennial in 1921, the Legislature had grown to 34 senators and 146 representatives and our population was 3,404,055. The 1900s in Missouri were marked by the World’s Fair and St. Louis Olympics in 1904, Henry Perry’s pioneering of Kansas City BBQ in 1908 and the adoption of the state flag in 1913. The flag’s three stripes symbolize valor, purity and justice, and the circle of 24 stars aligns with our admittance as the 24th state. Our present day Capitol was built in 1917, Route 66 was established in 1926, Laura Ingalls Wilder’s “Little House” series was published around 1931 and the Gateway Arch was built in 1965. For more fun facts about the Show-Me State, visit the secretary of state’s archives. 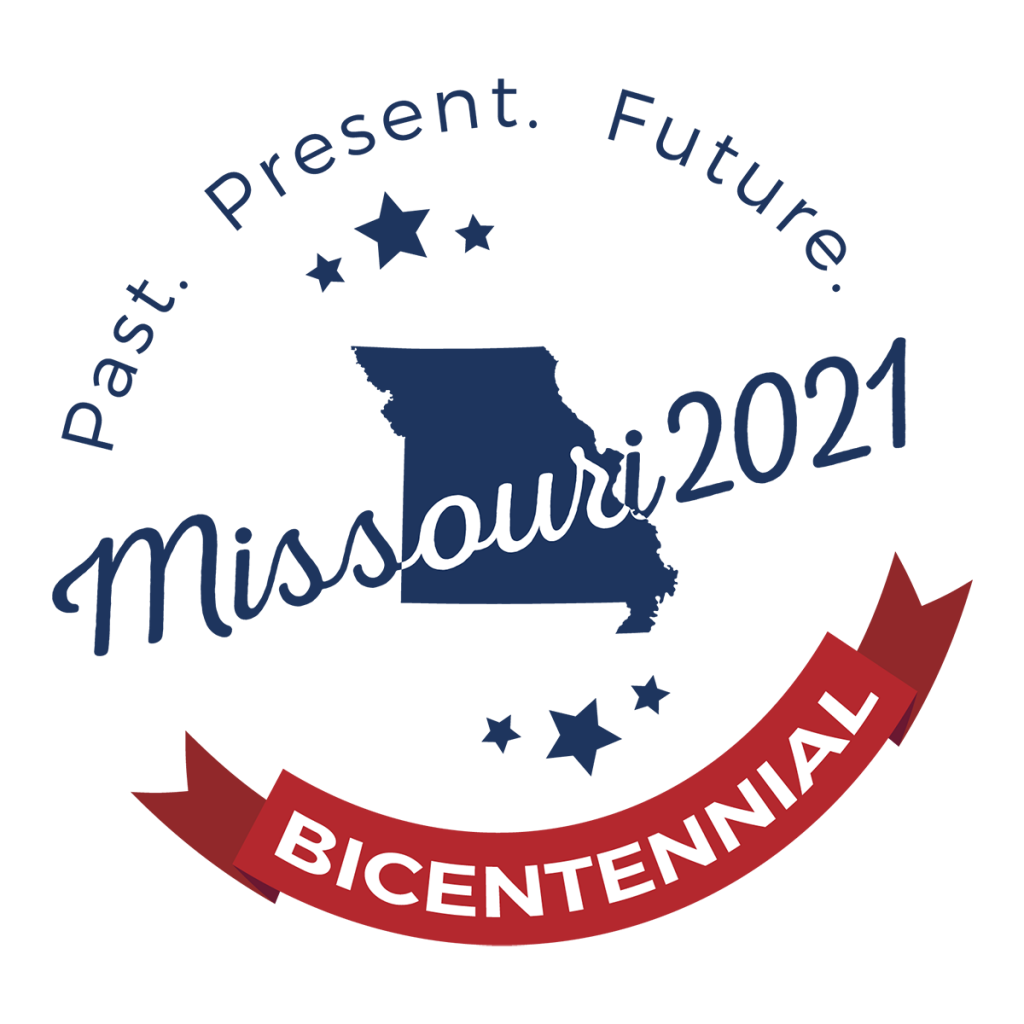 Today, Missouri’s population has doubled to 6,154,913 people, and our Legislature consists of 34 senators and 163 representatives. The 101st General Assembly is the most diverse in our history, with representation from more women, African Americans, Hispanic Americans, Asian Americans and members of the LGTBQ+ community than ever before.

A prelude to this year’s celebrations and observances was the design and issuance of Missouri bicentennial license plates in 2019. The bicentennial plate’s color palette reflects our state flag and the waves symbolize our vast rivers as a hub for transportation and prosperity. In fact, our state is named for the Native American Tribe, Missouri, and is derived from the word “ouemessourita,” which translates to “wooden canoe people,” or “those who have dugout canoes.”

To commemorate the state’s bicentennial, a new bridge is being built in its honor. Set to open in August, the Bicentennial Bridge will connect the Capitol to the Jefferson City riverfront, area bike trails and the State Penitentiary, and is certain to attract visitors and promote tourism within our state.

The governor decided to forego the traditional inaugural parade last January due to COVID-19 concerns and combine it with our anniversary of statehood. The Bicentennial Inaugural Parade is scheduled for Sept. 18, 2021, at 10:00 a.m. in Jefferson City. Organizers envision representation from all 114 counties and seek participants from each to help tell the story of our communities’ people, places and culture. If you are interested in taking part or have a story to share, email bicentennial@governor.mo.gov. This will be an excellent showcase of Missouri’s collective heritage.

Below are some of the current activities celebrating our state’s bicentennial:

Below are a few Statehood Day Events sponsored by the Missouri Bicentennial Commission:

Below are a few happenings and observances in southwest Missouri:

For a complete list of all things related to the bicentennial, visit the official website at Missouri2021.org.

This column appeared in the Joplin Globe’s Better Living publication on July 2, 2021.