JEFFERSON CITY — State Sen. Elaine Gannon, R-De Soto, announces her bill to protect victims of domestic violence, Senate Bill 71, became law today, June 29, during a bill signing ceremony in the governor’s office. The bill includes pets in protection orders, extends orders of protection for up to a lifetime in extreme situations and expedites the process for entering information into the state and national criminal databases.

“I am humbled by the opportunity to be a voice for those who have been silenced by abuse,” said Sen. Gannon. “I hope this new law will help victims transform into victors.” 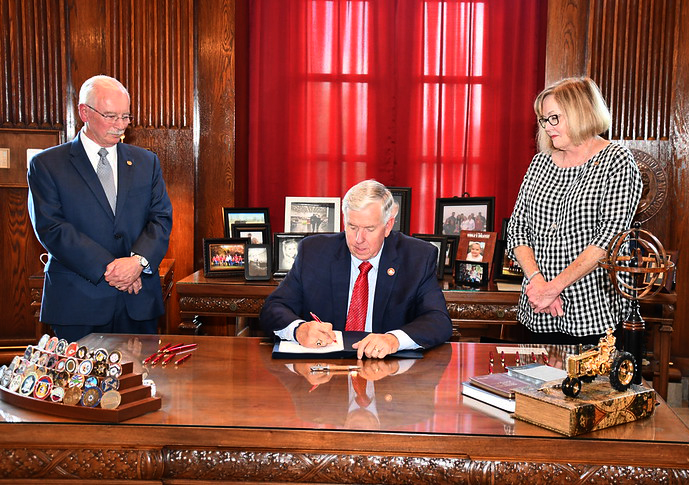 For more information about Sen. Gannon and her legislation, please visit her official Missouri Senate website at senate.mo.gov/Gannon.