My colleagues and I experienced a whirl of action this week as numerous pieces of legislation sprang forward in the upper chamber. I presented Senate Bill 454 to the Seniors, Families, Veterans and Military Affairs Committee on March 9. This bill will allow data sharing between the State Registrar and the Children’s Division to alert local child protection agencies when an infant is born to parents who have committed murder or manslaughter, sexual offenses against a child or have had their parental rights terminated because of abuse or neglect. As a juvenile attorney and guardian ad litem, I witnessed the need for this supportive intervention which I believe will prevent further child abuse fatalities.

On March 11, Senate Bill 43, requiring hearing aids for children to be covered by health insurance, and SB 258, classifying members of the Missouri National Guard as state employees for purposes of driving state vehicles, passed the Senate and will now be considered by the House of Representatives. Senate Bill 120, my military affairs bill, and Senate Bill 212, aligning and updating positions within the Department of Corrections, are on the Senate formal calendar awaiting perfection.

I am pleased to report I have been named chairman of the Joint Committee on Administrative Rules. This joint committee, consisting of five senators and five representatives, reviews administrative rules filed by state departments to ensure compliance with Missouri’s statutes. The staff of the joint committee reviews nearly 2,000 rule filings per year and meets when needed to accommodate challenges to the rule(s).

A Great Deal for Meals on Wheels 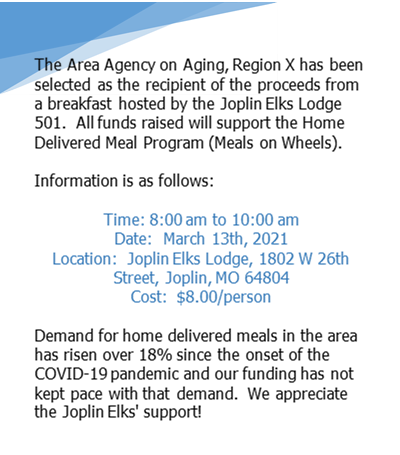 Nominate a Deserving Senior for a Service Award

Nominations are due March 31, and more information can be found on the lieutenant governor’s website at ltgov.mo.gov.

The Youth Art Month exhibit and award ceremony at the Capitol were cancelled due to COVID-19, so I wanted to share the winning entry from the 32nd Senatorial District. Congratulations to Kayla Chambers, a talented senior from Joplin High School, for being selected to represent our community in the Senate Art Exhibit. Her entry can be viewed below.

On March 10, I welcomed David Andrews, a resident of Seneca and an employee of APAC-Central, who was visiting the Capitol to advocate for transportation issues. 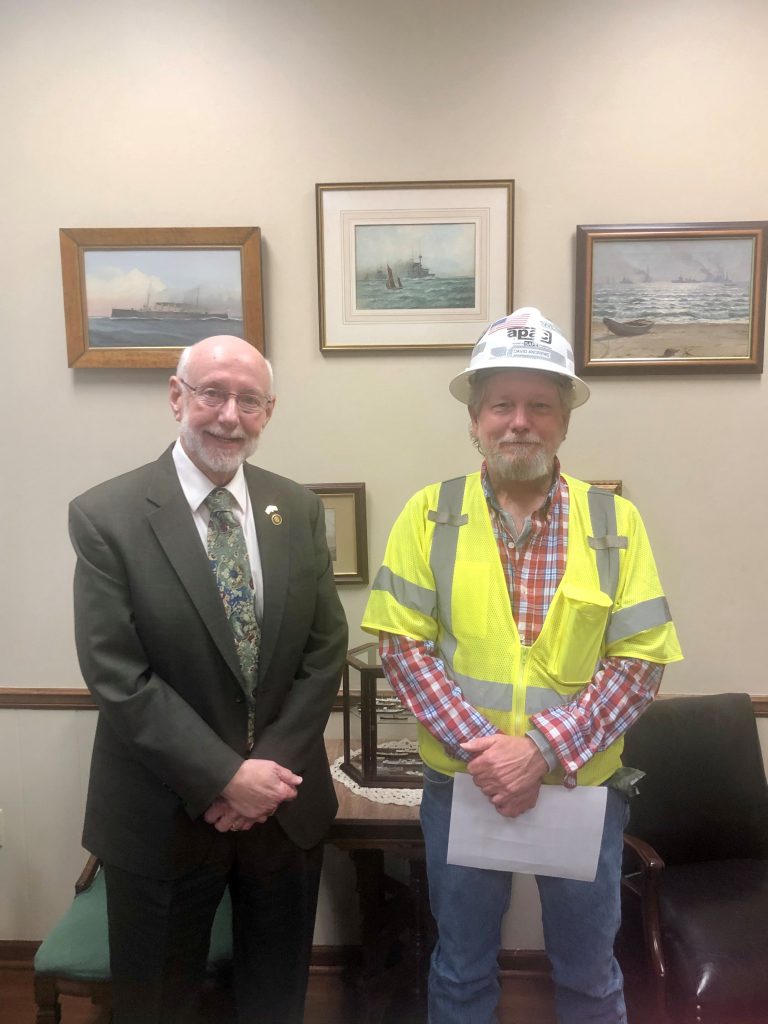