Proud to be a Missourian

This week began with a bit of pomp and circumstance as the governor, lieutenant governor, secretary of state, attorney general and state treasurer took the oath of office on Monday, Jan. 11. As these officials from the executive branch alternately stood on stage outside the State Capitol, surrounded by their immediate families and a small crowd of well-wishers, and swore to uphold our national and state constitutions, I was filled with pride. The governor was sworn in at high noon, seconds after a nearby church’s bells rang in the hour, and moments before a B2 Bomber commanded the sky while artillery cannons blasted a 19-gun salute. The festivities that usually accompany this special day, like the parade, receiving line and ball, have been postponed because of COVID, but these precautions did not hamper the excitement of the day. 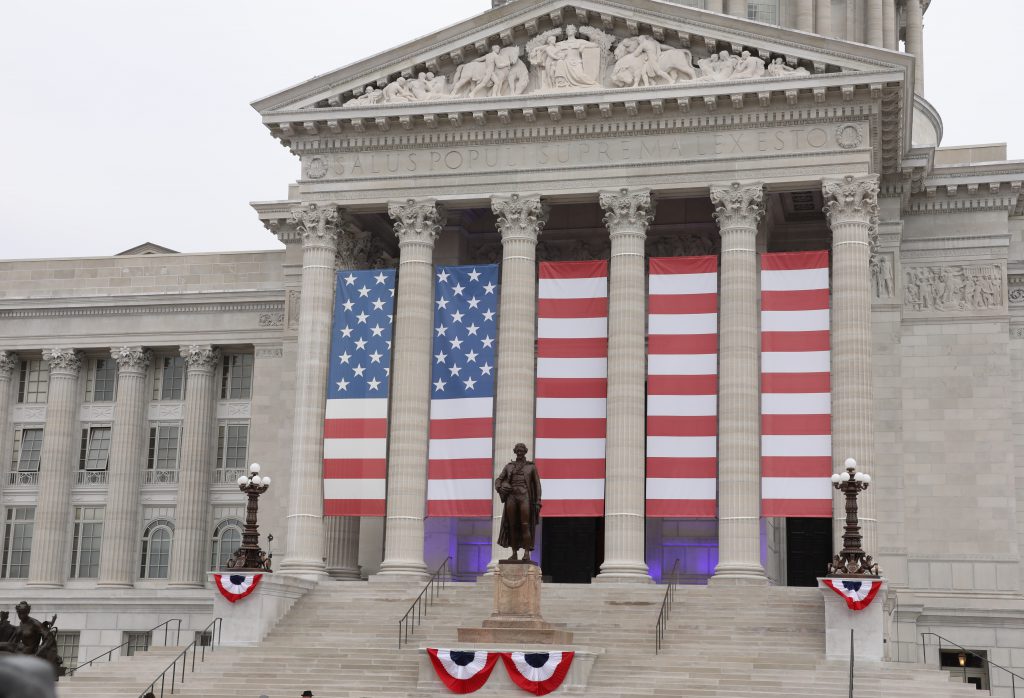 Patriotic flags adorn the State Capitol for the Bicentennial Inauguration on Jan. 11

This week, Senate leadership announced our committee assignments for the 101st General Assembly. I am proud to be named chair of the Senate Seniors, Families, Veterans and Military Affairs Committee. This merged committee perfectly aligns with my background and interests, and I look forward to applying my experiences to the bills that come before this committee. I will also serve on the following Senate Committees: Commerce, Consumer Protection, Energy and the Environment; Governmental Accountability and Fiscal Oversight; Health and Pensions; and Judiciary and Civil and Criminal Jurisprudence.

On Tuesday, I introduced Senate Concurrent Resolution 1, a measure that asks Congress to call a convention of the states to amend the constitution. Our country’s foundation is based upon a system of checks and balances. This proposal is an attempt to restore the balance between states’ rights and the federal government, which I believe has continually eroded since the passage of the 17th amendment.

Working with my colleagues in committees and the chamber is what I do while I’m in Jefferson City, but the residents I serve are why I travel to the capital city. I was pleased to welcome Nick Myers, who joined me on the inaugural platform as a special guest of the governor. Mr. Myers, his wife, Brenda, and their grandchildren, Max and Liam Holland, stopped by my office to visit after attending the inauguration. 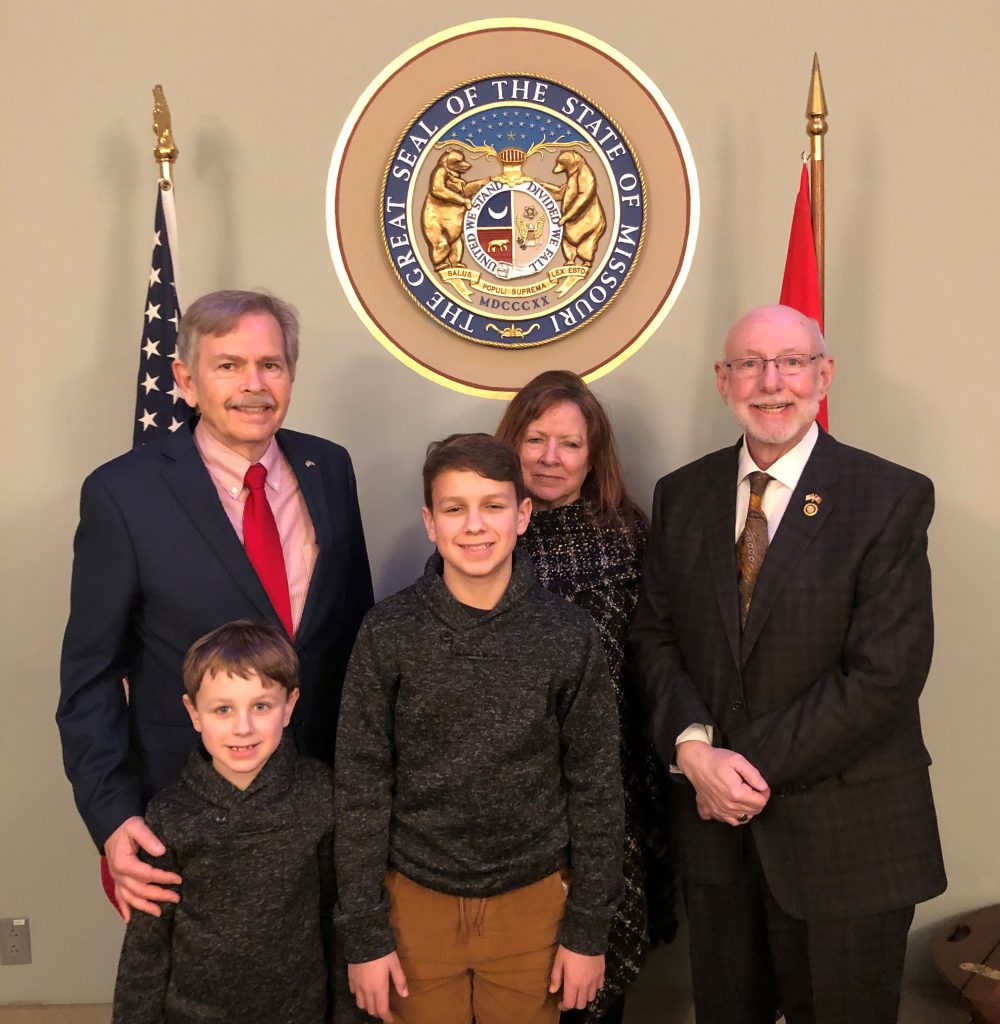 Nick and Brenda Myers, along with their grandchildren, visit Sen. White after attending the inauguration.

Farewell to a Community Bedrock

Our community was deeply saddened by the closing of one of the cornerstone institutions of Jasper County, the Webb City Sentinel. While I was attending the inauguration in Jefferson City, Webb City’s mayor presented a senate resolution to the newspaper’s owners during the city council meeting on Jan. 11. Thank you to the Foos family and Sentinel staff for over 40 years of community service chronicling local news and preserving history. 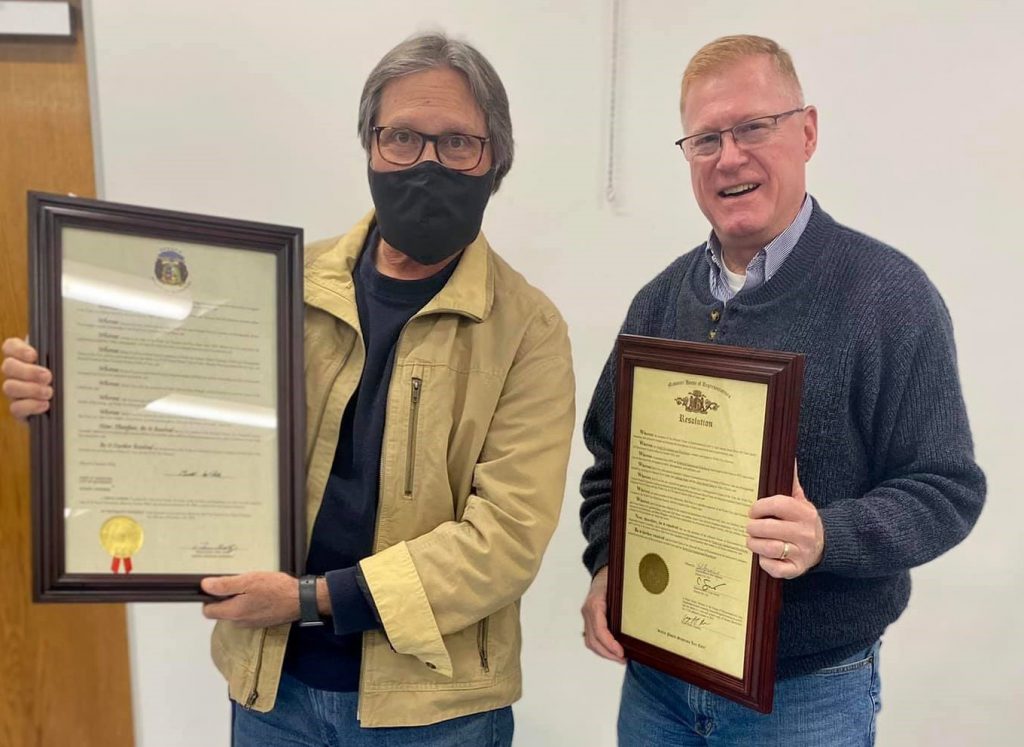