The debate over funding Medicaid expansion took center stage this week as the Senate passed its version of the state’s operating budget for the upcoming fiscal year. In 2020, Missourians voted to expand Medicaid to cover individuals with an income of up to 138 percent of the federal poverty level. Now, as expansion is set to occur in July, it comes to the Legislature to provide additional funding to the Medicaid program. Both the House and Senate budget committees had previously rejected funding expansion, but the Senate had another opportunity to fund it this week as the budget came to the floor. Unfortunately, the vote to fund expansion failed 14-20 on the floor. With the Legislature unwilling to act on expanding Medicaid, I believe the fate of thousands of Missourians’ health care will now likely be decided in the courts.

In addition to the Medicaid debate, several hours were spent discussing House Bill 4, dealing, in part, with the Missouri Department of Transportation. An amendment was proposed to HB 4 that would allow concealed carry on public transit, but it was later ruled out of order for attempting to legislate through the budget – something lawmakers are not allowed to do. This amendment was soon followed by another amendment seeking to remove $1.7 million for public transit from the budget, but it was voted down by a 6-25 vote.

In other news, my Senate Bill 323 was passed out of the Senate this week. This legislation allows school districts to offer an elective social studies unit on the Hebrew Scriptures, the Old Testament of the Bible or the Bible’s New Testament, and is currently scheduled for a hearing before the House’s Elementary and Secondary Education Committee on May 3. Also heading to the House are a number of recently approved Senate bills and resolutions:

The Senate also gave approval to a modified version of House Bill 271, a local government omnibus bill. Included in this bill is my Senate Bill 612, allowing the license collector of St. Louis City to receive an annual salary of $125,000, as well as my Senate Bill 318, which works to stop the sale of stolen scrap metals. Since the Senate amended HB 271, it now heads back to the House, where they can either accept the Senate’s changes or request a conference committee to work out a compromise on the legislation.

Other notable bills brought up this week were Senate Bill 98 and Senate Bill 39. Senate Bill 98 would legalize sports gambling and video lottery terminals, in addition to designating so-called “gray” games as illegal. A proposed substitute for the bill was voted down by the Senate on Tuesday, April 27, and the underlying bill was then laid over. Meanwhile, Senate Bill 39 creates the “Second Amendment Preservation Act,” which would allow Missouri to nullify, or invalidate, federal gun laws. After several hours of consideration, this bill was also laid over for future debate.

My Senate Bill 57 , which creates the Economic Distress Fund, continues to move through the Missouri House of Representatives. Currently, the bill is waiting to be heard in the House’s Administrative Oversight Committee. Once it passes out of this committee, it will then move to the full House chamber for debate.

The Senate’s Commerce, Consumer Protection, Energy and the Environment Committee discussed a single bill this week:

The Appropriations Committee discussed several additional budget bills this week. House Bills 17, 18 and 19 appropriate funding for various capital improvement projects for state departments, public universities, as well as the Capitol. These bills were approved by the committee. 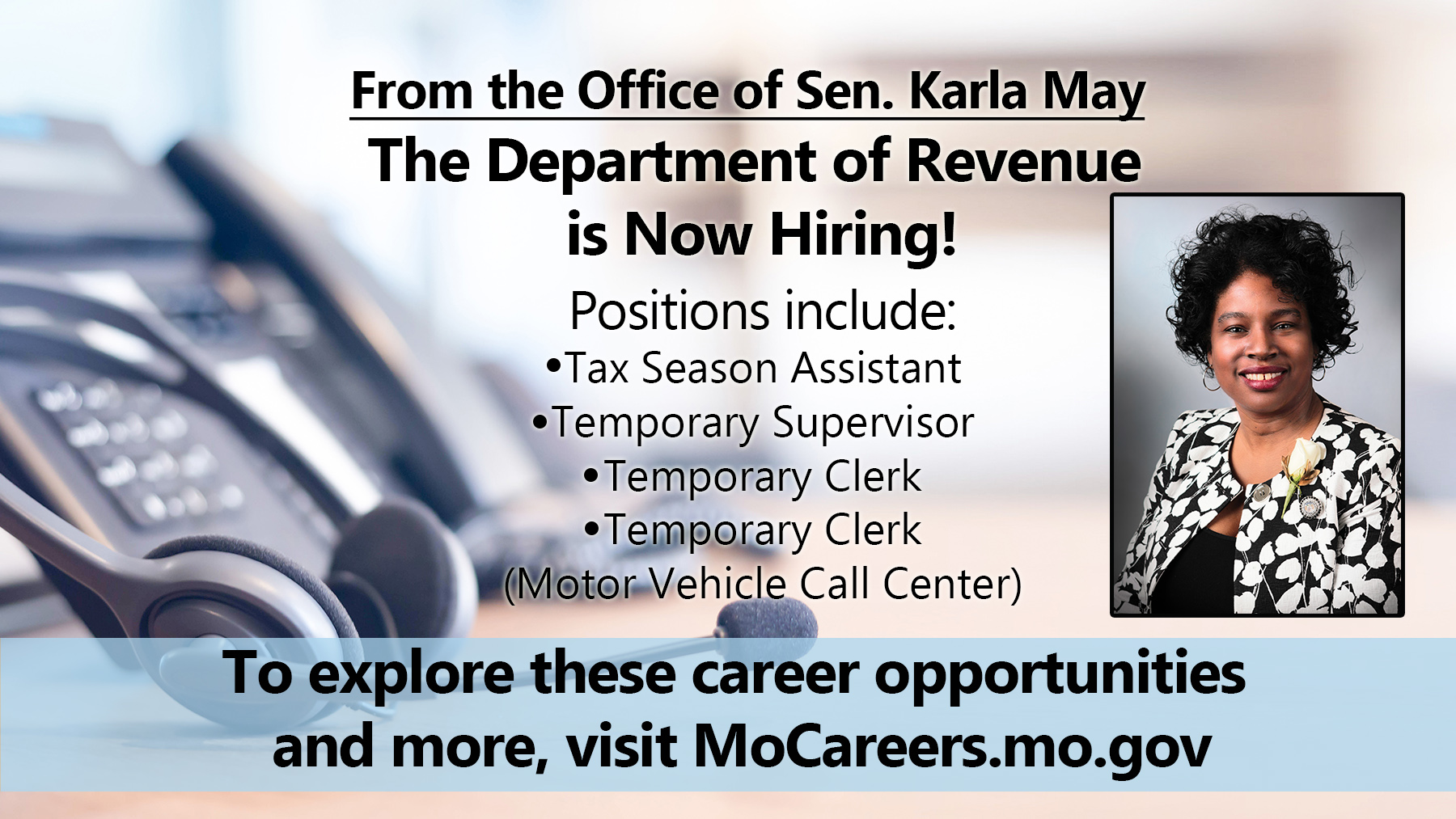