September. The month when Missouri’s weather starts to redeem itself, football stadiums fill with cheering fans on Friday nights and Americans unite on Patriot Day to honor the innocent lives lost on Sept. 11, 2001. Senior citizens store a host of life-changing memories of days that begin without ceremony and end in history books: the bombing of Pearl Harbor, the assassinations of President Kennedy and Martin Luther King Jr., the first steps Neil Armstrong took on the moon and the terrorist attacks on Sept. 11.

Images from that day still, and possibly always will, permeate the fabric of our country. We recall the moment the first plane hit, momentarily thinking it was a freak accident until the second plane crashed. We remember how the twin towers collapsed into an avalanche of debris and smoke that buried the surrounding city blocks with darkness and soot. We can still see distraught family members holding pictures of a missing loved one, frantically searching for answers. We’ll never forget the firefighters who bravely stormed up flights of smoke-filled stairways into the unknown to try to help. Each year when the anniversary rolls around and the media re-airs those stark images, we all return to that defining moment twenty years ago, that forever changed the world. 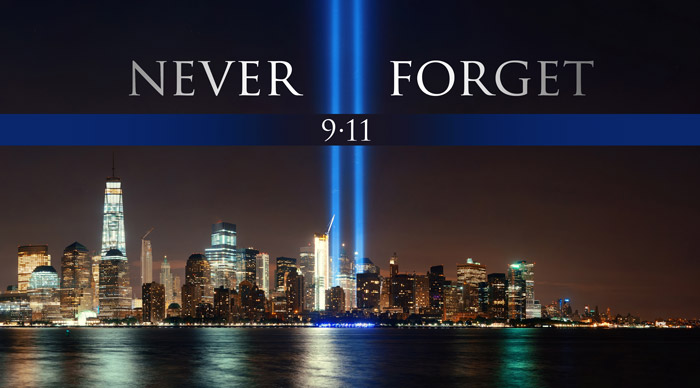 I’ll never forget the first time I saw a picture of New York City’s skyline without the two iconic World Trade Center buildings in the middle. That dismal day 20 years ago not only reshaped the cityscape, it reshaped every aspect of American lives. For the first time in decades, maybe even centuries, citizens feared for our national security, faced an unknown enemy and had no idea what to expect next. I believe these were the terrorists’ goals all along, but little did those who directed 19 militants to hijack four domestic flights and decide the fate of thousands of Americans know about the grit, resolve and resilience of the American people. They soon found out.

As devastating as those attacks were, Americans did not stay down for long. Young people signed up to serve in the military in record numbers, celebrities organized benefit concerts to help the victims’ families, communities sent their own emergency responders to New York City to assist, Americans lined up to donate blood and our international allies enlisted support. Our elected officials also worked together to quickly pass a $40 billion disaster relief bill that same month, followed by the USA Patriot Act in 2002 to help law enforcement agencies detect and deter future acts of terrorism. Even in those days riddled with uncertainty, Americans coped by serving others. United we stand.

Of the many positive things that rose from the ashes of Ground Zero is the humanitarian aid we helped bring to the other innocent bystanders of this terrorist act, the people of Afghanistan. Most Americans had never even heard the words Taliban or al-Qaeda, or realized the cruelty and injustices they were inflicting on their own people, especially the women. Our coalition forces helped restore schools for girls, regain some rights for women, rebuild communities and structures that had been devastated by decades of war with each other and the Soviet Union, strengthen the Afghan military forces and provide major improvements to the country’s infrastructure. I do not believe these advancements will withstand the turbulent situation the country’s citizens now confront with the takeover by the Taliban.

At the time this report was submitted, our community has several 9/11 anniversary celebrations planned. Check with your local civic organizations or chamber of commerce to see if an event has been scheduled in your town, or consider attending one of these!

I’ll close with a quote from Mahatma Gandhi, “The best way to find yourself is to lose yourself in the service of others.” Get lost in service, my friends!

This column appeared in the Joplin Globe’s Better Living publication on Sept. 3, 2021.