Sen. Crawford’s Capitol Report for the Week of July 1 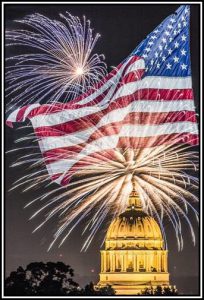 July 4 is Independence Day, and many of us will celebrate by hosting barbecues, attending parades and watching fireworks light up the sky. However, let us not forget the reason why we celebrate this very special day, the day our forefathers signed the Declaration of Independence.

We, as Americans, should never forget why we have our freedoms and how they were won. Today, there are still those who are willing to give everything for their country. These brave men and women remind us the liberties we often take for granted are valuable and worth fighting for. We are not perfect, but we enjoy more freedoms than any other nation because of the bravery and courage of the 56 men who took a stand against oppression and tyranny. Happy 243rd birthday, America, may it just be one of many more to come.