Every year, the Missouri General Assembly passes a new state operating budget. This is one of the most important, and time-consuming, responsibilities of the State Legislature. The state budget for the 2020 fiscal year, approved by lawmakers in May, appropriates nearly $30 billion in public funds. Here’s a breakdown of how the budget divides each taxpayer dollar among the various programs and departments of Missouri’s state government: 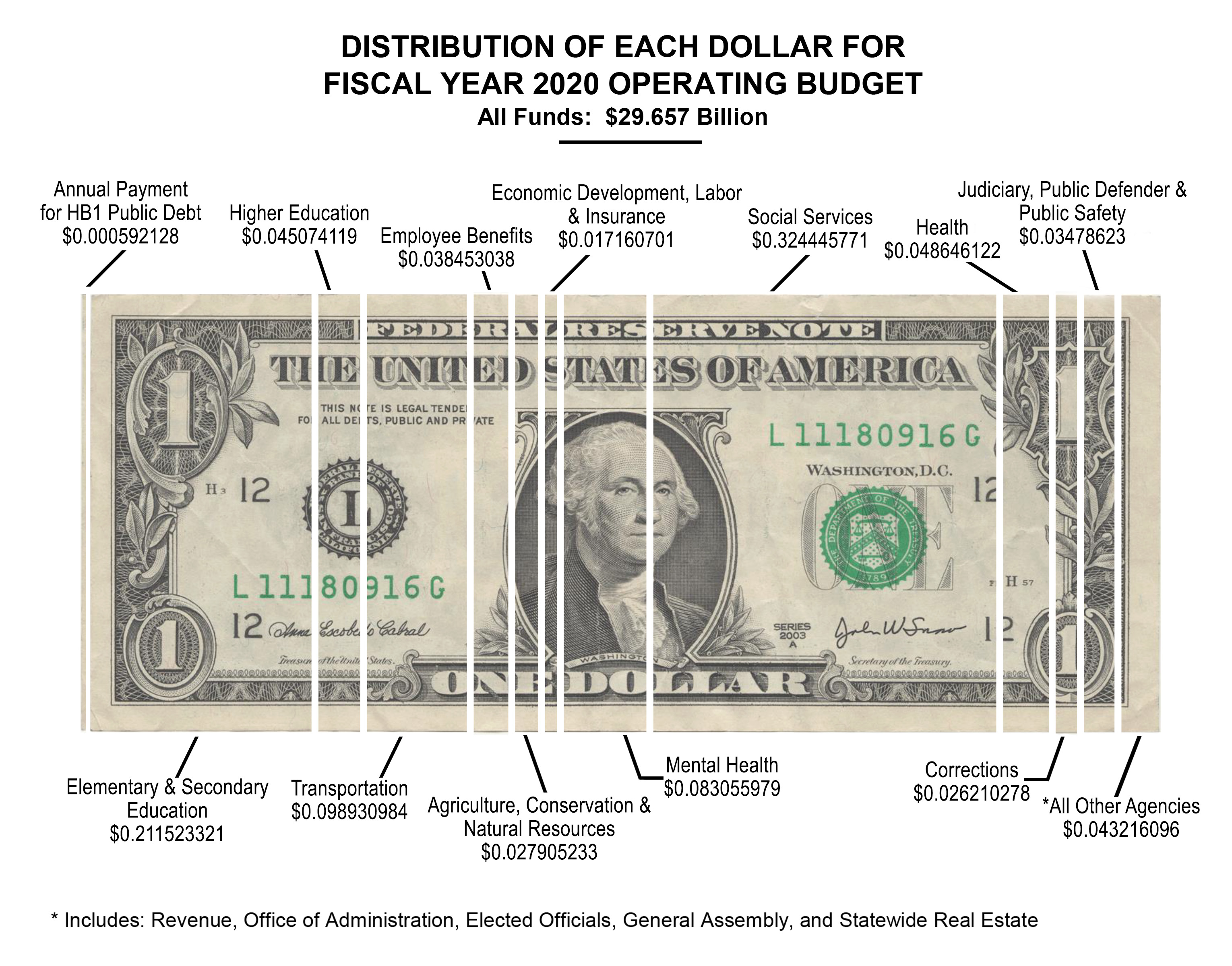 The largest portion of the state budget is allocated to social services, which include our state programs for Medicaid and Temporary Assistance for Needy Families. Next comes appropriations for elementary and secondary education, followed by spending on transportation projects. Together, these three areas account for more than half of the overall state budget.

After lawmakers approved their final version of the state operating budget, the legislation was sent to the governor for his consideration. Over the summer months, the governor will carefully assess each portion of the budget, deciding which line items he wishes to sign into law and which provisions he may want to veto. The General Assembly will have the opportunity to override any of the governor’s vetoes with a vote of two-thirds of the members of each legislative chamber.

As always, please feel free to call, email or write with your ideas or concerns. My Capitol office number is (573) 751-1415, my email is dan.hegeman@senate.mo.gov and my mailing address is Room 332, State Capitol Building, Jefferson City, MO 65101.