St. Louis – State Sen. Jamilah Nasheed is calling out the governor for his administration’s attempt to mislead 63,000 low-income, elderly Missourians about his budget’s slashed funding for the Missouri Rx program and the skyrocketing prescription costs they’ll soon see because of it.

In a letter to affected seniors, dated only two weeks before the cuts go into effect, the governor’s Department of Social Services blamed the program’s expiration on “a law passed in 2014.”

“Less than five months ago, the governor unveiled a budget that kicked 63,000 seniors off Missouri Rx, a program supported for years by Republican and Democratic governors alike,” said Sen. Nasheed. “This cruel decision targeted some of the most vulnerable individuals in our state — something for which no one should stand.

“That’s why the governor’s Department of Social Services is now misleading these vulnerable Missourians about the real reason their prescription costs are about to go up. What the letter failed to mention is the governor is the first governor in a decade not to fight for Missouri’s seniors by renewing and funding the program,” added Sen. Nasheed. “This is pure doublespeak from an administration that has pledged to end politics as usual. If the governor is truly committed to his budget, he ought to take responsibility for it instead of deceiving the more than 60,000 Missourians who will lose coverage because of his cuts.”

In 2006, the Missouri Rx program was implemented to assist seniors on Medicare with prescription drug costs. The law included a sunset provision so subsequent governors and Legislatures could review and renew the program as long as the need for the program continued. In both 2011 and 2014, the General Assembly voted continue the program.

In 2017, legislation was filed to continue Missouri Rx so that more than 63,000 low-income, elderly Missourians would not lose the prescription drug assistance. However, the governor did not include funding for the program in his budget proposal and has yet to include the Missouri Rx issue in his multiple special session calls.

Senator Nasheed emphasized that under the governor’s budgetary plan for Missouri Rx, 63,396 Missourians on Medicare will no longer receive this type of assistance starting July 1. 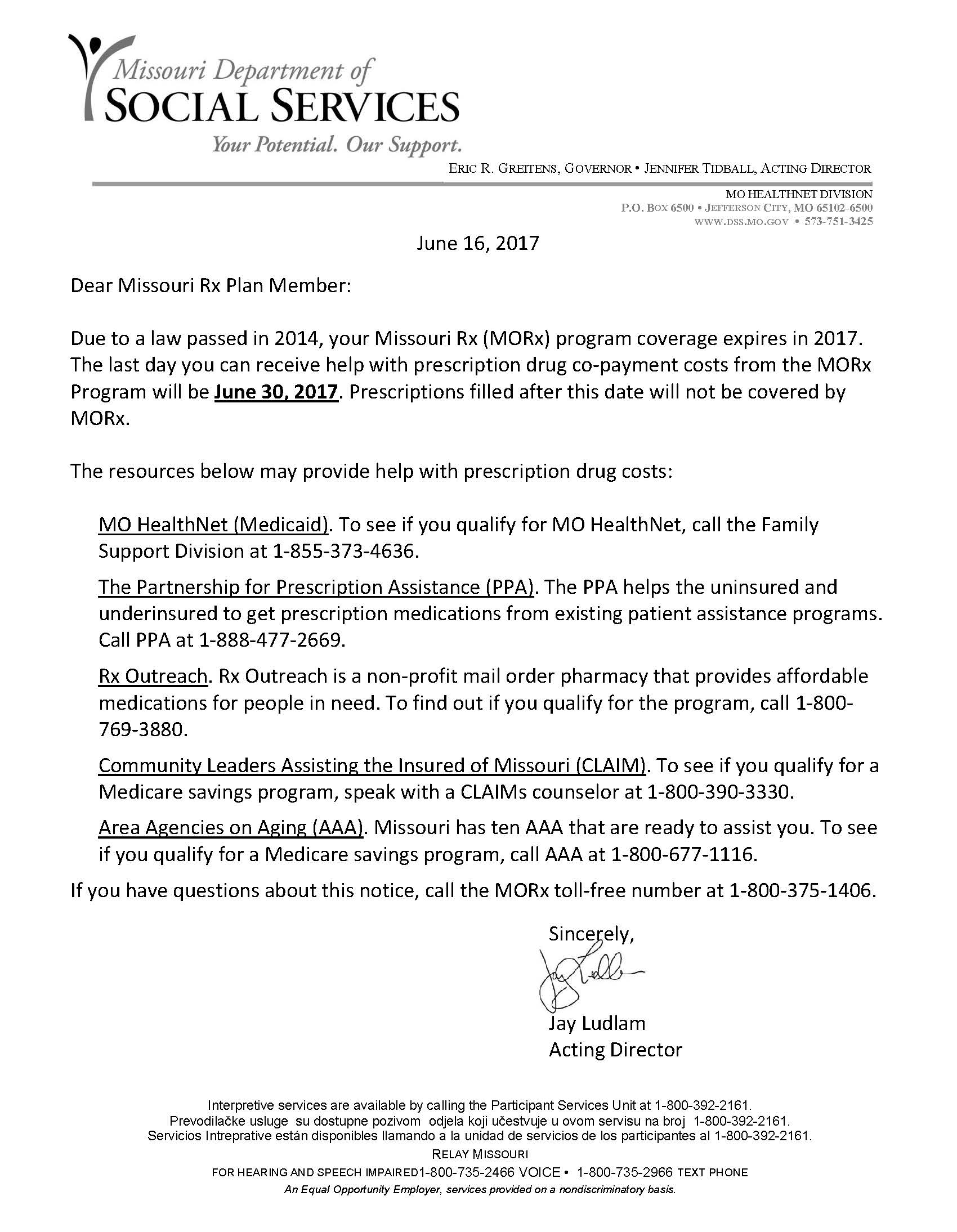