Senator Kurt Schaefer – Legislative Column for the Week of Jan. 25

We’ve had another big couple of weeks here at the Capitol, full of committee hearings, state addresses and budget talks. In the past two weeks, the governor and the Missouri Supreme Court chief justice have delivered state addresses on topics relating to Missouri’s legislative present and future. I’d like to recap some of the highlights of the 2016 State of the State and State of the Judiciary addresses in this week’s column. I will also touch on some of my upcoming work as chairman of the Senate Appropriations Committee, as well as some information about the REAL ID Act and how it affects Missouri license holders.

My fellow committee members and I realize what an important job we have in balancing the state budget to make sure the appropriate funds get to the correct state services and departments that help Missourians in the most effective and equitable manner possible.

The governor delivered his final State of the State Address on Wednesday, Jan. 22, where he airily discussed how well Missouri is doing thanks to his administration. However, a cursory look at some of the state’s relevant financial numbers reveal all of this talk as little more than so much hot air. I find it hard to agree with the governor about Missouri’s prosperity when you realize that more Missourians are on food stamps now than ever before, our state’s purchasing power has gone down $5,000 since 2000 and over 100,000 people have been added to Medicaid (not including the CHIPS program under the governor’s administration).

The governor provided the Senate leadership with his proposed budget just 15 minutes before beginning his speech last Wednesday, which was tallied up to an estimated $700 million increased tax bill. In addition to that, the governor’s office also requested a supplemental budget that is quite possibly the largest in state history – totaling nearly $500 million, with almost 80 percent of that going to social services through a redistribution of income. On top of all this, the governor also demanded the Legislature pass a fuel tax hike to cover Missouri’s lackluster transportation budget rather than reprioritizing the billions of dollars of income from the state’s taxpayers that already makes its way to the Capitol each year. I consider it my responsibility to fairly and equitably balance the state budget; not in the manners the governor proposed last week. I will continue to work hard and accomplish this as long as I am you state senator.

Missouri Supreme Court Chief Justice Patricia Breckenridge followed the governor’s address a week later with her first State of the Judiciary Address on Wednesday Jan. 27. In it, the chief justice outlined her plans to uphold the legal, moral and judicial values of all Missourians and to advance the transparency and cooperation between the public, the legislative branch and the judicial system. I wish the chief justice well as she assumes her new role as Missouri’s top judicial official.

Frustrated and concerned citizens have been contacting the Capitol recently with questions about the REAL ID Act of 2005, and the rollover that occurred at the beginning of this year. There is a surplus of misinformation being circulated about the Act, which is the source of much of this confusion, and I would like to straighten out some things about the Act in this week’s column. The act was passed in 2005 in the wake of the Sept. 11 attacks and required state driver’s licenses to meet certain minimum standards. Missouri refused to comply with this act as a matter of protecting its citizens’ rights to privacy because some of the act’s license requirements would have been invasive. In 2009, Missouri passed a law banning compliance officially, which led to the issue today.

As of Jan. 10, 2016, our state-issued licenses are no longer considered valid forms of identification for accessing certain federal buildings and military bases. However, Missourians are still able to board planes for domestic flights until at least 2018; Missourians can still enter some military bases with a second form of identification; and the state’s federal courthouses are still accepting state-issued driver’s licenses as valid.

Missouri lawmakers have already introduced multiple bills this session addressing the REAL ID Act, and the Capitol will continue to protect your inherent rights to privacy and personal liberty. 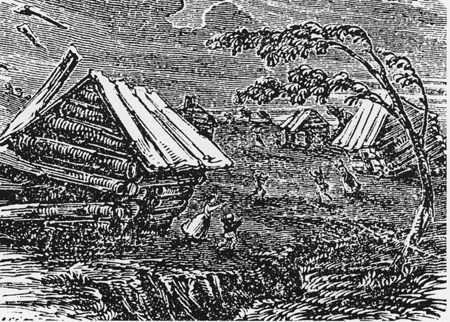 Three of the largest earthquakes in North American history occurred from December 1811 to February 1812 in New Madrid. The largest of the three scaled a destructive 8.8 magnitude on the Richter scale and was felt as far away as New York City, Boston and even parts of Canada. After the Feb. 7, 1812 earthquake, it was reported that the Mississippi River actually ran backwards for several hours and the force of the quake caused an upheaval of the land that created Reelfoot Lake in Tennessee and drowned the inhabitants of a nearby American Indian village.